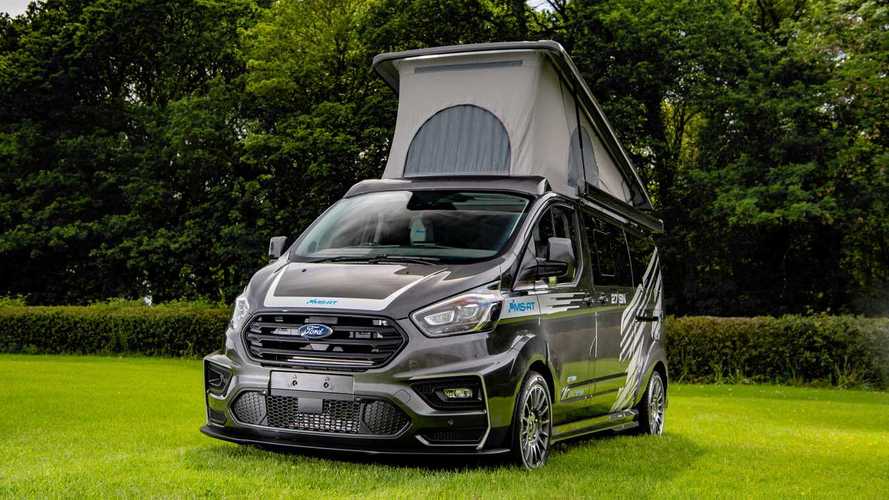 A Ford fan has commissioned a special Transit Custom motorhome that combines sportiness with outdoor pursuits.

Westfalia James Cook is a Sprinter camper with slide-out bed

Yorkshireman Steve North utilised the expertise of Ford’s van modification partners MS-RT and Wellhouse to create the vehicle, which is based on a long-wheelbase Transit Custom. In total, North spent around £77,000 on the van, which is a one-of-a-kind example.

First, the humble Transit was taken to Wellhouse to be fitted out as a camper van, with a full kitchen, a seating area and an extendable roof for an attic bedroom. The vehicle was furnished entirely to North’s specifications, and a range of other options were also added. Xenon headlights, satellite navigation and adaptive cruise control all feature on the finished product, alongside a Starlit Alcantara roof and Alcantara dashboard.

Once the campervan aspect was complete, the vehicle went to MS-RT, which upped the visual ante. The company had to adapt its existing Transit Custom bodykit for use on a campervan, but the full kit was fitted alongside some anthracite 18-inch alloy wheels and a twin exhaust system. MS-RT also retrimmed the interior with white leather, blue stitching and blue seat belts.

In a final flourish, the company known for its Ford modifications applied a host of stickers, including North’s initials and a huge number 27 across the flanks. The vehicle also gets MS-RT branding on the bonnet and the front wings, while the 27 is replicated once more on the tailgate.

Aside from the MS-RT and Wellhouse additions, though, North’s Transit Custom is fairly unremarkable. The 2-litre diesel engine remains, providing 175 bhp, while the gearbox is the standard six-speed manual affair.

North, who has owned a range of Fords and has been involved with the company since he spent his evenings in a Yorkshire tuning shop aged just 11. After cleaning carburettors and tuning Ford engines under the watchful eye of his best mate’s dad, North eventually built an Escort Mk 2 Rally car, then decided to sell up and get a camper van.

“I wanted an MS-RT Transit campervan built to my own specifications and my expectations are pretty high,” he said. “I’m hoping to have some good times out exploring some Ford shows and motorbike shows – once my trailer has been built to carry my classic bikes – and I’m looking forward to travelling around the country seeking out new adventures.”