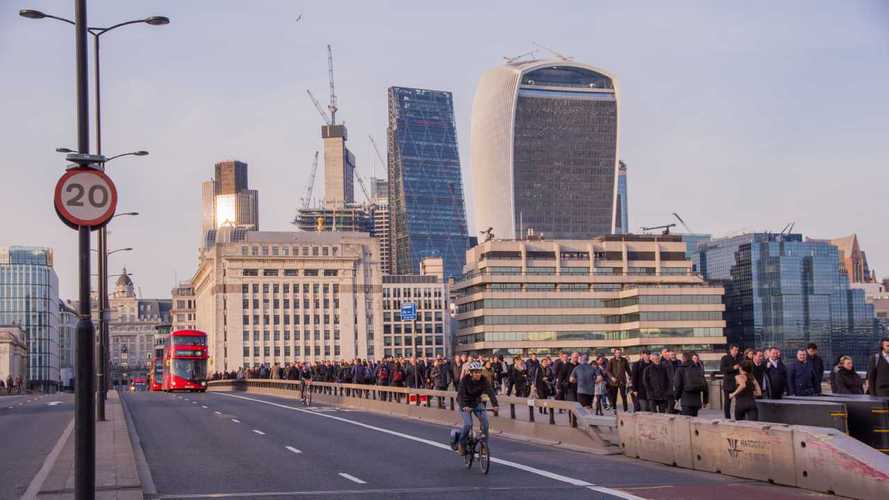 But the authorities say more can still be done.

The number of people killed on the roads of London fell to a record low in 2018, according to new figures.

London could invest up to £2m in congestion-busting innovations

Data from Transport for London (TfL), the department in charge of the capital’s roads, showed that 111 people were killed on the streets of London. That’s the lowest level since records began, but TfL says more must be done to bring the number down further.

The Mayor of London, Sadiq Khan, has already laid out his Vision Zero scheme, which aims to completely eliminate road deaths in London by 2041. Even though the number of people killed while walking around the city fell from 73 in 2017 to 56 in 2018, TfL said the fact half of the capital’s road fatalities were accounted for by pedestrians was “shocking”. Over the same period, 12 people were killed while riding bicycles.

Overall, pedestrians, cyclists and motorcyclists made up around 80 percent of all people killed on London's roads, accounting for 90 of the 111 deaths. As a result, TfL says it is hoping to make the streets safer for the most vulnerable road users.

Stuart Reid, the director of the Vision Zero programme at TfL, said the organisation could not afford to be complacent.

“2018 saw the lowest number of deaths on record, but we cannot rest on our laurels,” he said. “It is not acceptable for even one person to die or to be seriously injured on our roads and we are working tirelessly with our partners to reach our Vision Zero target. We're calling on everyone across London to take care while travelling and look out for each other, as safe behaviours can save countless lives and prevent families, friends and entire communities of people from experiencing this unnecessary suffering.”

Meanwhile Inspector Myles Hilbery, of the City of London Police’s Roads Policing Unit, said the force would continue to crack down on dangerous driving in a bid to ensure the number of deaths continues to fall.

“The aims and objectives of Vision Zero are something we focus on day in day out here in the City through enforcement and education of all road users,” he said. “No death or serious injury is acceptable or inevitable. We will continue to work with all of our Vision Zero partners across London to target those behaving dangerously, carelessly or illegally on the roads and make the aims of Vision Zero a reality.”