McLaren Monaco concept puts horses up front, luggage in the back 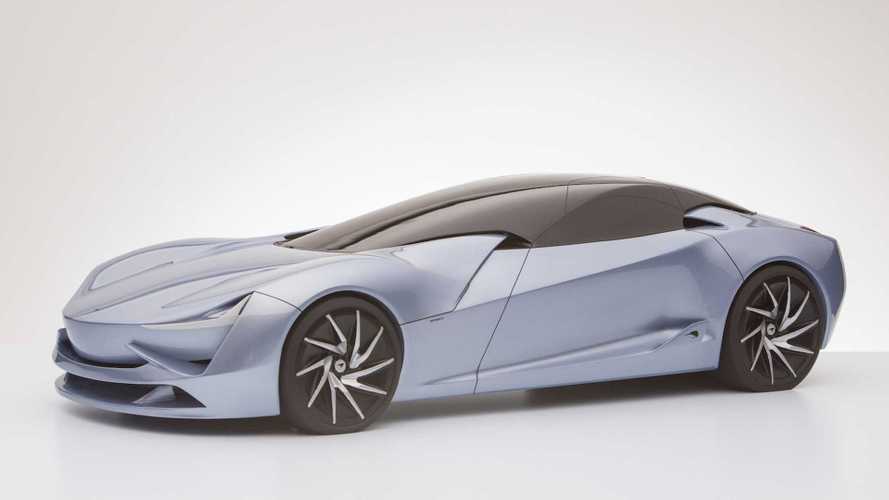 Five years from now, what will the McLaren lineup look like? With the rise of EVs and SUVs, execs themselves probably don't know the specifics. But Nathan George Malinick, a transportation design student at the Art Centre College of Design, strives to visualise a McLaren for the year 2025 with a unique concept. He calls it the Monaco.

The McLaren Monaco concept utilises a distinct front-engined layout, bucking the trend of its mid-engined siblings before it. Malinick calls it a "grand touring supercar," something to rival a Ferrari 812 Superfast or Aston Martin Vantage, for example. But unlike those modern competitors, the McLaren's engine actually lives within the greenhouse.

"This was done to immerse the driver more fully in the experience, and to show off the engine through the glass," Malinick notes. "But it's the main reason why the windscreen is so exaggerated."

And that exaggerated windscreen is definitely an eye-catching component of the design, as is the entire front fascia. Only in the headlights have inklings of the current McLaren DNA. Elsewhere, the Monaco is indistinguishable from the current lineup. But those sharp angles are intentional – each one designed to predict McLaren's design language five years from now.

"I made an effort to move all 'aero' cuts and intakes into the plain view so that in profile views, you see uninterrupted body lines," Malinick says. "I love their ethos of 'biomimicry' and I therefore retained animal kingdom elements of ‘tendons' stretching from the fenders into the cabin that aid with aerodynamic efficiency."

Compared to McLaren's current touring-focused, mid-engined options – the Speedtail and GT – the Monaco is more about the journey. Malinick hopes that, in the future, McLaren drivers will "immerse oneself in the world." And the Monaco concept looks like the perfect vehicle to do so.