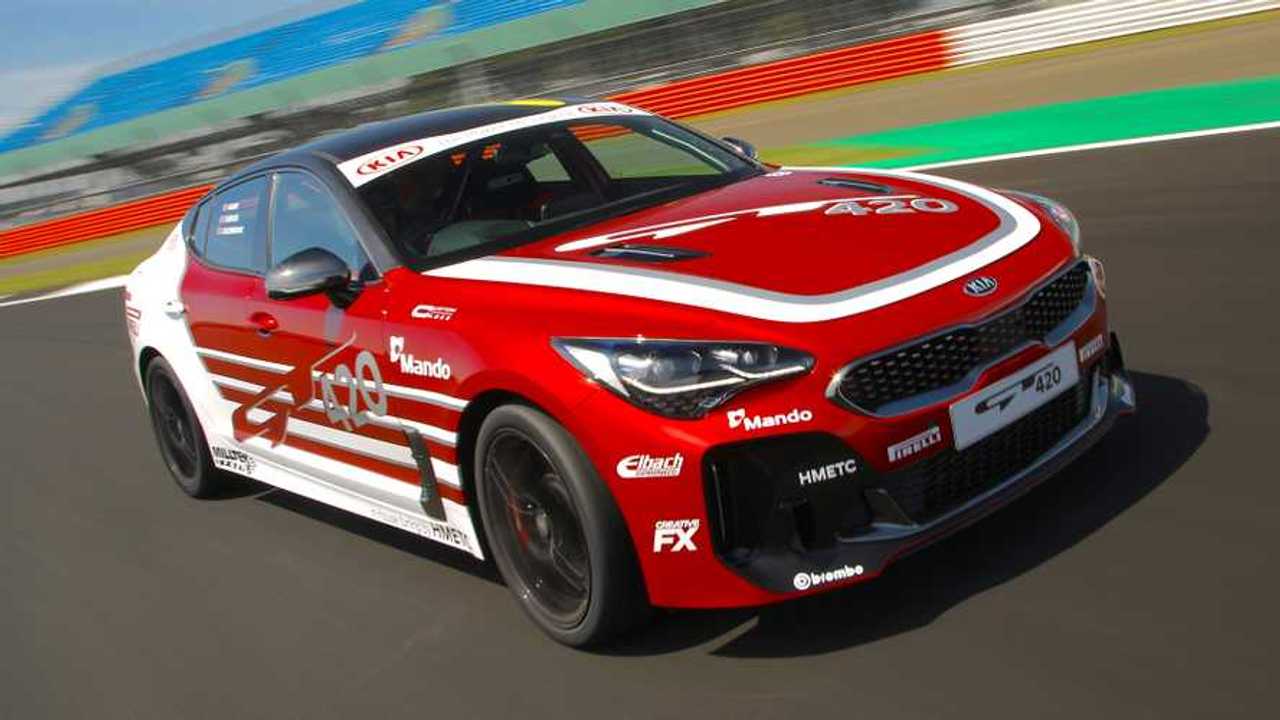 The Kia Stinger GT420 once starred in The Grand Tour and Top Gear.

The Kia Stinger that featured on the BBC’s Top Gear and Amazon’s The Grand Tour has been given a new lease of life as a 422 bhp hardcore track monster.

More on the Kia Stinger:

Early pre-production cars usually head to the scrapheap after just a few thousand miles, but Kia’s UK division had other plans for the car that starred on the small screen. Originally known as LA66 HTG, and registered on February 22, 2017, the red Stinger GT S was the first Stinger to come to the UK, before being immortalised on Top Gear and The Grand Tour. It was also used as a show car, enabling the public to get their first view of the new model at Kia dealers up and down the country.

But when, at the end of 2018, the jaws of the crusher threatened to end the car’s exciting but brief lifetime, the paperwork mysteriously vanished. That stay of execution paved the way for a collaboration between several of Kia’s UK departments, including the press relations team, and the Hyundai Motor Europe Technical Centre in Rüsselsheim, Germany, which provided some of its technical knowhow.

The result is the one-off Stinger GT420, which has been stripped back in order to shed some 150 kg from its kerb weight. That’s been achieved through the wholesale disposal of pretty much everything inside. Kia’s Press Garage in Chippenham removed the seats and belts, airbags, sound system, interior trim and even the electric rear windows. The engine cover was consigned to a dustbin somewhere, as were the undercovers, parking sensors, boot and bonnet dampers. The Stinger’s sunroof was removed, too, replaced by a steel panel.

Then Kia got busy adding new, lighter components. A race-spec seat went in, along with a roll cage, racing harness and a fire extinguisher. Lightweight wheels were attached, saving around five kilos per corner, and there’s even a lightweight battery, which alone saves 22 kg over the original unit.

After fitting some beefed-up brakes and some cooling ducts to stop them overheating, Kia set about making the GT420 even faster. The 3.3-litre V6 petrol engine produces 365 bhp in standard tune, but Kia’s boffins breathed on it to squeeze out 422 bhp. Kia tweaked the suspension, too, making the car lower to the road and therefore better through the corners, while the on-board electrics were fettled to make the car a little more tail-happy in Sport+ mode.

Finally, the aesthetic touches were applied, with a Stillen front splitter and rear diffuser added, along with a subtle rear spoiler by Air Design. That was followed by a wrap that adds white and grey to the existing red paintwork, advertising the GT420 name and the race-spec upgrades.

Quite why Kia has chosen to build such a thing is unclear, but a quick look through the gallery below will show you why we’re pleased they have (and why we really want to try it).