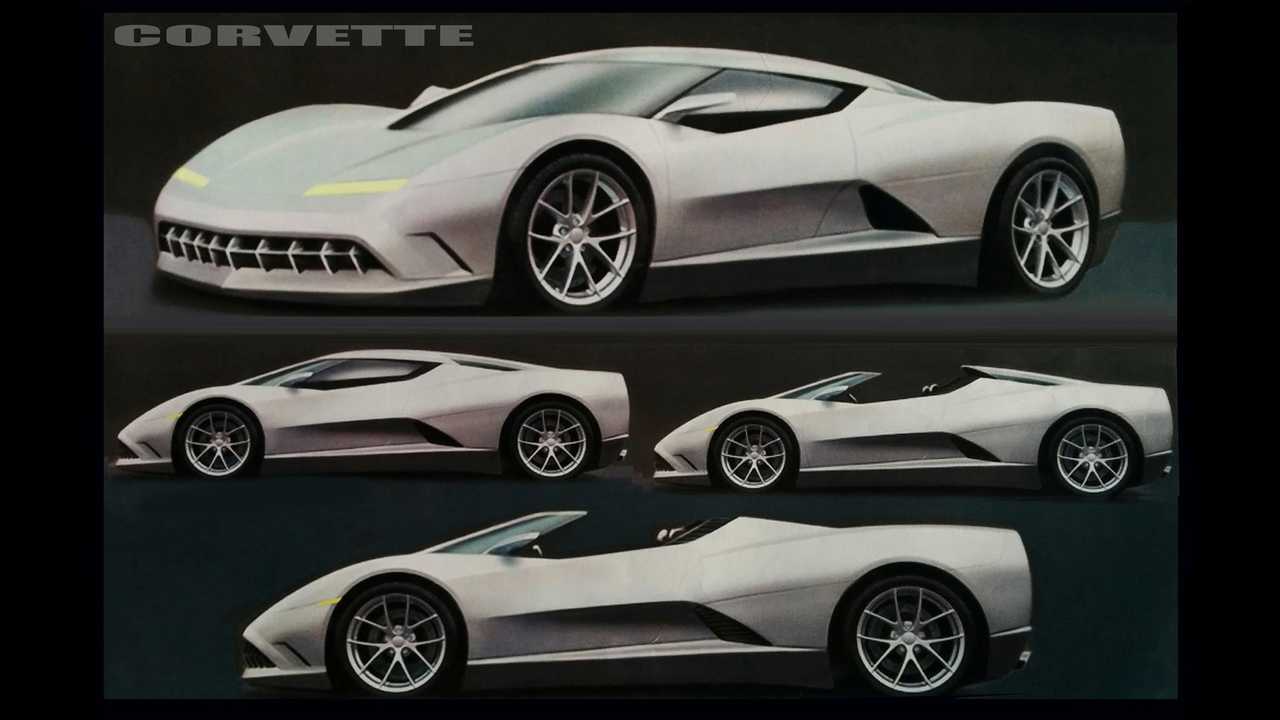 Is this the car that GM should've built?

The 2020 Chevrolet Corvette is out and people can’t get enough of it. With a starting price under $60,000 (approx. £48,000 at current exchange rates) and an LS2 V8 positioned behind the driver, it has all the earmarks of becoming the performance bargain of the century. It was a long time coming; the idea of a mid-engine Corvette percolated for decades, though obviously, the initial design for the new C8 isn’t that old. We’re striving to learn more about that design process.

More about the C8 Corvette Stingray:

See the Chevy Corvette Stingray up close and cruising in traffic

2020 Chevrolet Corvette top speed remains a mystery, even to Chevy

Helping us out on that front is an anonymous person with former design ties to GM. With this individual’s permission, we previously posted a collage of early C8 concept sketches on July 22, and we do feel they are genuine. Now, we have a new sketch from this person, featuring a single Corvette design that we believe dates back to 2007 – not long after the C6 Corvette debuted. That should give you some idea as to just how long the wheels have been turning on this new American supercar.

Compared to the previous collage (above right), this single design feels like it could’ve been a foundation for the C8. The forward-canted side intakes that first appeared on the Corvette Indy Concept in 1985 are there, and that design element would ultimately transition to the production C8. In fact, the overall car has a distinct Corvette Indy / CERV III feel about it, though we also see plenty of production Corvette influence in the design. The grille is a proper homage to the first-generation C1 Corvette, while the flared front fender wings have a distinct C3 arch to them. The wide, flat bonnet takes on a C4 appearance, and the wheels are almost a carbon copy to those you’d find on a C5 Z06.

The history of the mid-engine Corvette

It’s also flat-out nasty in its appearance, and we mean that in a very good way. Low, long, and wide, it arguably commands more attention than the C8. This sketch doesn't feature any Chevrolet badging, but even without it, this car could be recognised as a Corvette. The new C8 has recognisable DNA from its predecessors, but not nearly in the same way this concept does.

Exactly where this design falls in the hierarchy of C8 concepts, we don’t know. More than a few Motor1.com editors feel this car looks better than the 2020 Stingray, which begs the question. Is this the car that should’ve debuted as the new mid-engine Corvette?