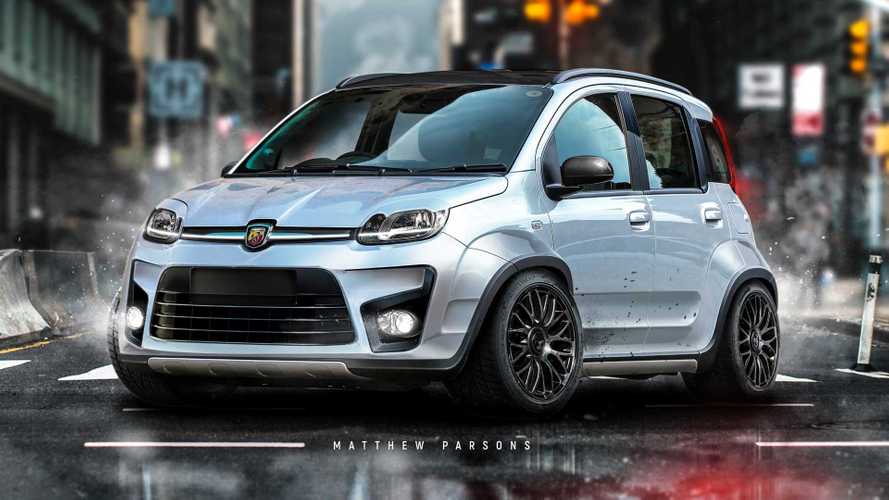 Yup, there's an Abarth turbo engine under the bonnet.

The Fiat Panda has been around for nearly 40 years and it remains a strong seller for the brand in Italy and some other European countries. It never got a hot hatch treatment in its history with the most powerful variant offering 100 bhp from a straight-four 1.4-litre engine. It was launched in 2006 but discontinued when the third generation of the model debuted in 2011. Fiat has potent versions of the 500, but never gave the Panda family a proper performance model. Thankfully, artists Matthew Parsons fixes this with his new rendering.

His project is named 200HP and represents a spiritual successor to the 100HP mentioned above. While the original looked somewhat restrained despite its wider track and bigger tyres, the virtual drawing based on the third-generation Panda proposes a radical design language with significantly wider wheel arches, lower stance, and several tweaks to the body. Multi-spoke black alloys and additional diffuser in the front bumper complete the package.

We definitely love the idea and it makes us wish it becomes a reality. We can imagine Abarth doing the tuning and installing one of its high-performance 1.4-litre turbocharged engines, which are used in the Abarth 500 models. While even Fiat’s factory 1.4-litre Multiair has enough power to match the original Panda 100HP, Abarth has several version of this engine with a power output of up to 200 bhp and 220 pound-feet as seen in the Abarth Assetto Corse. Just imagine the looks of the car rendered here combined with the dynamics of an Abarth pocket rocket.

Needless to say, Fiat probably has no plans to launch a performance version of the current-gen Panda but we expect to see a brand new Panda in the next few years. One can only hope the new model will bring a new platform, capable of accommodating electrified powertrains, which could be an easy way for the automaker to boost the power of the small car and finally build a Panda hot hatch.