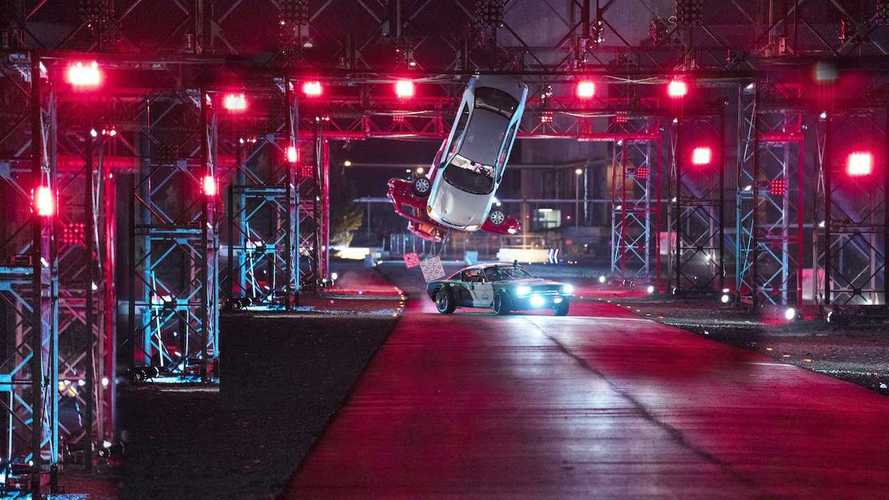 Street racers driving modified cars through an obstacle course. What could go wrong?

There’s a new car-themed television show coming to Netflix in August, and from what we see thus far it looks unlike anything we’ve witnessed before. Described as a combination of Fast & Furious meeting American Ninja Warrior, it’s basically a crazy obstacle course that competitors must navigate while driving modified cars. As to the nature of the cars or specifics on the obstacle course, we’re admittedly in the dark on details, save for a brief description from Netflix and the above photo, which comes directly from Hyperdrive’s website.

Contestants will include “elite street racers from around the world,” which we’ll assume is the cheeky Fast & Furious tie-in. They will drive supercharged cars, one of which will be an old Ford Mustang if the above photo is accurate. The action is said to be crazy; the drivers are crazy, and the car are, well, crazy. Frankly, unless one of the stunts involves jumping a hypercar between skyscrapers or dangling behind a massive jet taking off from a 30-mile runway, we’re skeptical on the crazy claim. Admittedly, the Fast & Furious franchise as our crazy bar set rather high.

We did find the above video on YouTube from Optimation Technology Inc that offers a behind-the-scenes look at building the obstacle course. It doesn’t offer much in the way of new information, though we see what appears to be a massive seesaw, a narrow road through a pond, and a Mustang doing a rail slide over water. There are also a couple of still-frames that appear to show an FC Mazda RX-7 and a second-generation Chevrolet Camaro. We’ll say this much, it does look interesting.

There’s also some star power behind this program. Charlize Theron is on-board as an executive producer, and Rutledge Wood is listed as one of the stars. Theron played the role of Cipher in 2017’s The Fate of the Furious. Wood is a long-time TV personality in the automotive realm, most famous for his stint on Top Gear USA and Lost in Transmission.

The first season of Hyperdrive premiers on Netflix August 21.