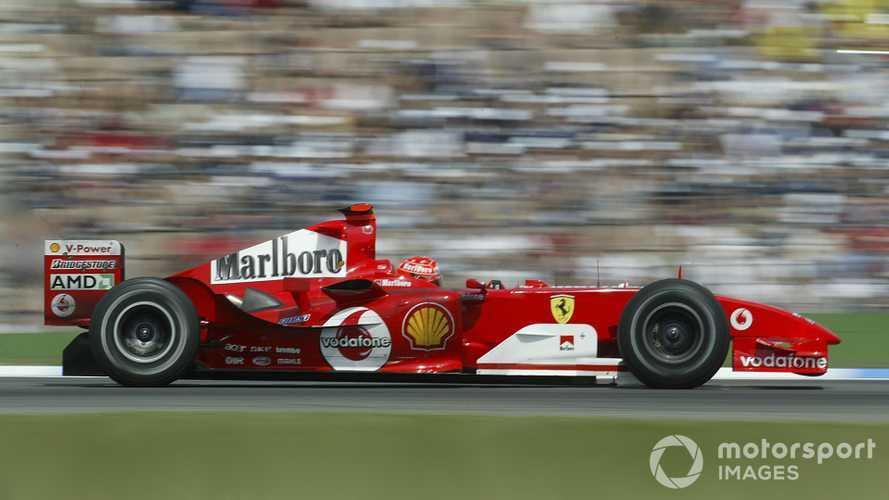 Mick Schumacher says the chance to demonstrate father Michael’s Ferrari F2004 in front of the German Grand Prix crowd this weekend at Hockenheim will be “pretty amazing.”

There is no FIA Formula 2 round at Hockenheim, so it will be the only chance for local fans to see the rising star behind the wheel at what could be the last Grand Prix to be held at the track where Michael was always a huge draw.

“I think it will be special,” said Schumacher Jr. “I have a lot of good memories of Hockenheim, particularly from winning the F3 European Championship there last year, and to drive this car around there on a Grand Prix weekend is pretty amazing. I’m already very excited. I just hope everybody will have as much fun as I will.

“The F2004 is a symbol of great times for F1 in Germany, and I imagine that some of the spectators will have flashbacks to those times. I will do my best to help spark those good memories and I’ll try to make sure that everybody has a great time!”

Schumacher, who previously drove Michael’s Benetton B194 at Spa-Francorchamps during Belgian Grand Prix weekend, has not yet had a chance to try the car.

“I would have loved to be able to do some preparation laps but unfortunately I just will have to wait and see,” he said. “We’ll do a seat fitting on Saturday morning of the race weekend but I am sure it will work out fine. In the end, it will be demo laps for pleasure, and I would really like to thank the owner of the car and Ferrari for giving me the opportunity.

“Since the F2004 was such a dominant car it will be thrilling for me to find out how it feels to drive it. It’s going to be exciting to experience the power of the engine, and I am very curious to understand how cars from that era feel on track.”

He admits he has no real memories of the 2004 season, which was his father’s seventh and final championship year: “To be honest, I don’t. Obviously I know what he achieved in the F2004 and that he won the German Grand Prix that year but I think I was too young to take it in.

“I’ve seen the highlights but I have to admit I don’t really have any memories of it. I more recall our races at home in the garden!”