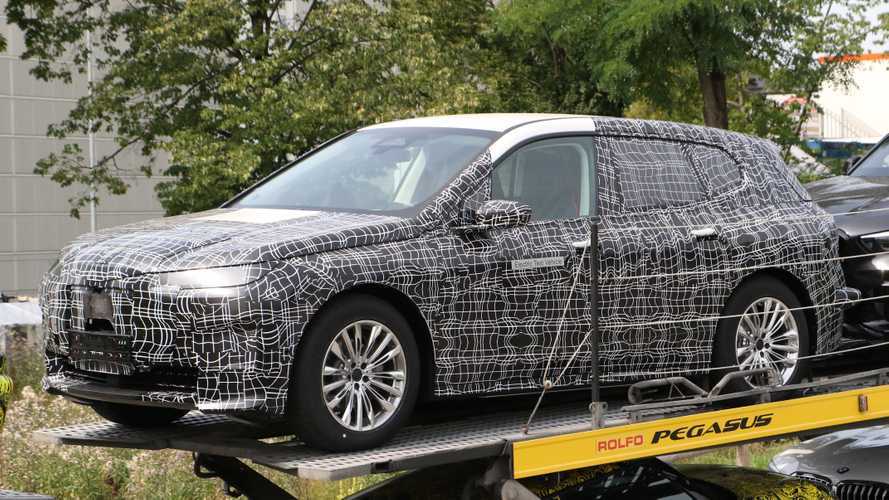 We have searched for explanations. And here they are.

BMW currently calls its future electric midsize SUV iNext, but we have also heard it would be named iX5, which makes perfect sense considering there will be an iX3. Anyway, we’ll stick with the “official” name to talk about the prototype our spy photographers managed to capture. And we can say we now have before us the real deal.

According to our spies, all other videos and pictures were of test mules, and you can clearly see what they mean by comparing the greenhouse of the previous mule with these latest photos of the prototype.

Headlights, front grille, and even the bonnet also demonstrate there is very little in common between what we see in these photos and the car that will premiere in 2021. It will probably appear as a concept before the production version is revealed.

More strong evidence that this is indeed the production body can be seen in the back. Have a good look at the hatch. It extends into the sides of the car and also incorporate the taillights. This is evident by noticing the gaps that appear on the body. No camo would be able to disguise them.

Forget about the small lights on the bumper fascia. They are used instead of the taillights as to not reveal their styling when lit.

Our photographers managed to compare the iNext to an X5 that was also on the lorry and the electric vehicle looks longer and lower. It also presents a larger wheelbase, which could translate into a roomier interior if the electric crossover is not much lower than the Spartanburg-built model.

Speaking of the Georgia plant, the iNext will very likely be produced there. Not only because the US is a major EV market, but also because the new crossover will very likely seat over the CLAR platform, which was conceived to be this flexible and accept hybrid and pure electric drivetrains.

BMW will have just two platforms in the future. Besides the CLAR, it will also have an evolution of the current UKL – for front-wheel drive vehicles – called FAAR.

While the iX3 will probably have a powertrain position similar to the one presented by the Mercedes-Benz EQC – in the front compartment, under the bonnet – the iNext is likely to have the engine on the rear axle.

Regarding technical specifications, we are in the dark. We just know BMW has hired CATL to build battery cells made to fit their future EVs, and that is pretty much all the iNext concept has allowed us to know.

We have also seen a glimpse of the huge curved display the iNext will have, as well as its polygonal steering wheel. We will have to wait for BMW to disclose more info or for leaks to reveal the SUV’s secrets before the official presentation.