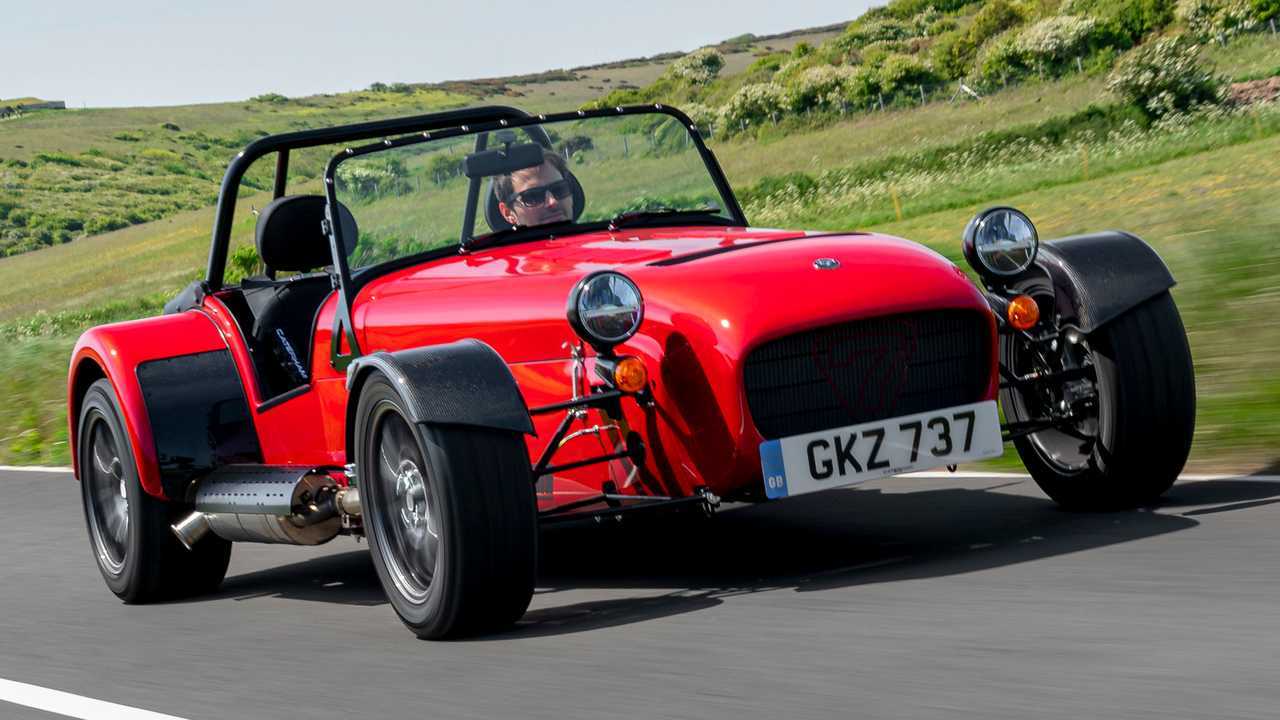 The Seven 485 CSR has a similar power-to-weight ratio to the Lamborghini Huracan.

Just when you thought Caterham's Seven 485 couldn't get any more insane, the British sports car maker has rolled out a new version of the car.

The 485 CSR is a version of Caterham's most powerful offering in Europe, but with everything turned up to 11. Power from the two-litre Duratec Ford engine is 234 bhp, while the torque figure is 252 lb-ft.

However, because it's a Caterham, the car weighs about as much as a piece of A4 paper (actually 580 kg) so those otherwise modest figures deliver remarkable performance – 0-62 mph is handled in just 3.9 seconds, while top speed is 140 mph.

Along with the enhancements and the big-shot sports car performance is unfortunately a big-shot sports car price to match. It'll cost you around £50,000 before you factor in local taxes. For all of that money though you do get what Caterham says is "easily the most desirable and luxurious of the iconic British brand’s model line-up", so there's that.

"This is now the ultimate Caterham Seven to have if you’re outside the UK," said Graham Macdonald, CEO of Caterham Cars. "We’ve had to trim our EU range because of the WLTP regulations but I’m delighted that we can still offer our continental European customers something that really reflects what Caterham has always been about – the thrill of driving."

"We’ve listened to our European customers and I’m pleased we can deliver something amazing to them after having to trim the range because of WLTP."