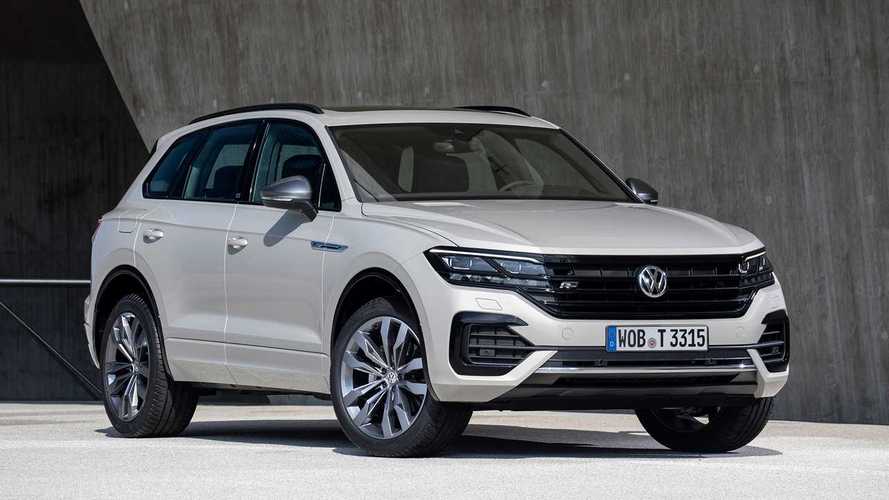 The midsize luxury SUV has been on sale since the end of 2002.

With the cancellation of the Phaeton a few years ago, the Bratislava-built Touareg has stepped up to become Volkswagen’s flagship model. The fancy SUV, despite being retired in the U.S. market due to poor sales, is still going strong in other parts of the world where the vehicle is considered by many as being the whole package. About 17 years after its launch and now in its third generation, the Touareg has reached an important production milestone: 1,000,000 units.

To mark this occasion, VW is coming out with a special edition of the midsize luxury SUV appropriately called the “ONE Million.” Buyers will be able to order the Touareg with a new optional Sechura Beige paint scheme and pick from a glossy 20-inch or silver 21-inch set of alloy wheels – both of which are also new to the range.

To make it a bit more special than a regular Touareg, VW is giving the taillights a dark tint and is adding sill panel trims with the “ONE Million” logo also noticeable on the B-pillars. There’s also a glossy black finish on the diffuser at the back as well as on the side profile for the wheel arch strips. Customers can order the ONE Million model with an optional R-Line Black Style exterior package with silver mirrors as depicted in the adjacent official images.

Stepping inside the cabin, the lavish Touareg has model-exclusive leather upholstery with olive leaf extracts and amber brown diamond stitching also applied onto the gear lever, steering wheel, and dashboard. VW even covered the key fob in leather and applied some silver decorative accents throughout the cabin.

If the Touareg ONE Million tickles your fancy, VW has set a starting price of €80,880 (approx. £72,300 at the current exchange rate) for the version equipped with the V6 TDI engine rated at 282 bhp. No word yet on UK availability.

Discover VW's most luxurious SUV ever:

Touareg is the last Volkswagen to get a V8 diesel engine

One million Touaregs: milestone to be celebrated by special model with elegant extras

First-class, superior and sophisticated – Volkswagen celebrates the production of one million Touaregs with the special “ONE Million” model. The anniversary model now joins the flagship’s model range and has an impressive range of exclusive equipment.

Since the end of 2002, the Touareg has been an integral part of Volkswagen’s model range. Volkswagen presents a stylish special model to celebrate the production of one million Touaregs. Its special features include completely new paintwork in Sechura Beige (optional) and two new types of wheel rim – either high-gloss polished 20-inch Bogota wheels or 21-inch Suzuka wheels in Adamantium Silver. The tasteful exterior is further accentuated by darkened rear lights, high-quality sill panel trims with the inscription “ONE Million” as well as a badge on the B-pillar – also bearing the words “ONE Million”. Wheel arch strips and a diffuser are also painted in Black Glossy. The special model can be upgraded with the R-Line Black Style exterior package, including exterior mirrors in Reflection Silver for example.

This stylishness continues in the car’s interior: The exclusive Puglia leather seat covers coloured with olive leaf extracts make sure of that. The upper parts of the front seats and the insides of the doors are decorated with high-quality diamond stitching in Amber Brown. These elegant seams can also be found on the dash panel, the steering wheel and the gear lever. Even the vehicle key is covered in top-quality Puglia leather. The elegant overall impression is finished off by a variety of decorative trim elements in Silver Wave and the fully digitalised Innovision Cockpit, whose screen is used to control the air conditioning system and seat heating, among other things. It is the focal point of the vehicle interior. Prices for this special “ONE Million” model start at 80,880 euros (for the Touareg with V6 TDI1 210 kW/286 PS).

The Touareg always was a technology leader

Volkswagen Slovakia’s site in Bratislava is the only assembly plant worldwide to produce the Touareg for the Volkswagen brand. The first Touareg to be produced in 2002 was already a technology leader. Thanks to this top-end model, the Volkswagen brand developed into one of the world’s leading full-range providers – and now serves all important segments, from the small city specialist to the high-end SUV.

The Touareg itself soon became a best-seller: almost one million car drivers decided in favour of generation one and two (beginning in 2010). The current third generation looks set to continue this successful course. With a new maximum of technological innovations, authentic and dynamic SUV design and high degree of suitability for everyday use. The new Touareg also boasts a maximum trailer weight of up to 3.5 tons. The latest generation has new highlights such as maximum connectivity and some partially automated driving functions that significantly increase convenience and dynamics.