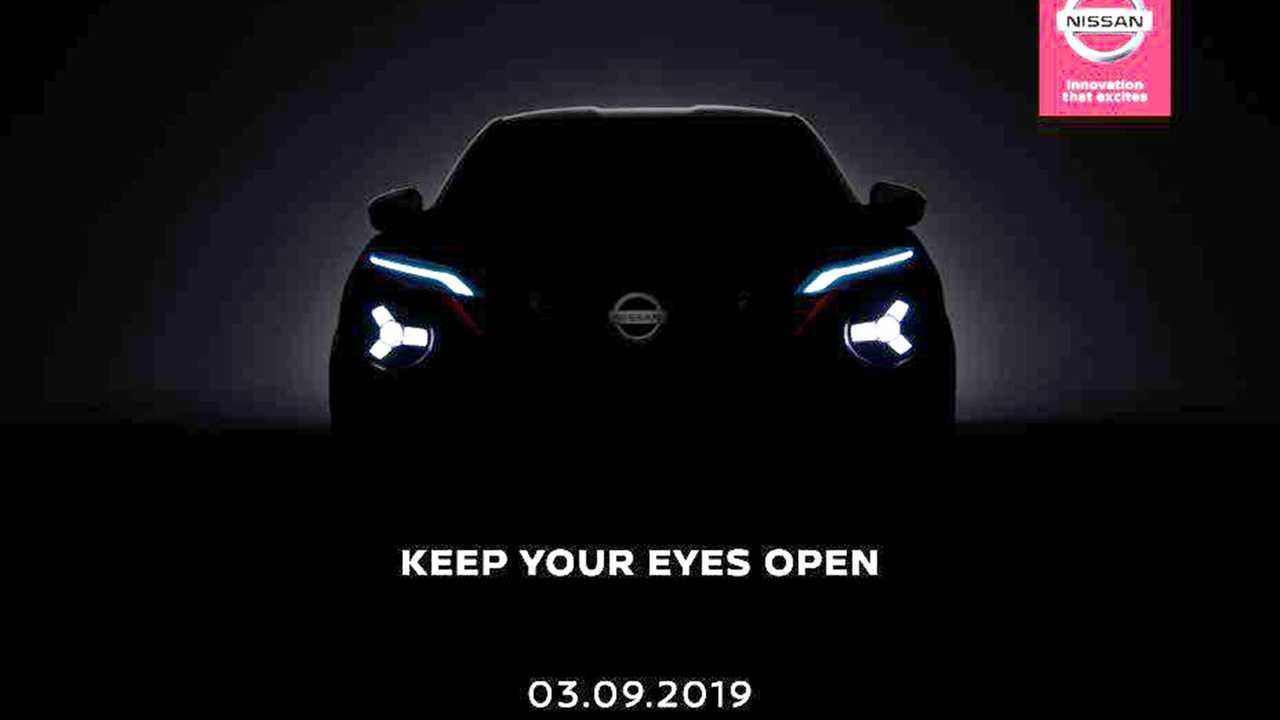 The compact crossover doesn't appear to give up its edgy design.

In Europe, the Nissan Juke has been a roaring success in Europe, while the Kicks replaced it in the United States, the automaker has been teasing a second-gen model of the compact SUV for the Old World. The original image is so dark that you can't see much of the new Juke, but Motor1.com's brightened version provides glimpses at a few more details.

The new Juke wears a reimagined version of existing model's large, lamp-like headlights with skinny eyebrows on top of them. Judging by the available photos, it appears that the fender wings are larger and more rounded than the current vehicle. The silhouette in the brightened photo shows the double-bubble design in the roof that should provide a sporty aesthetic.

While not visible in these images, spy shots indicate that the rear hatchback looks similar to the current Juke. The tweaks appear to include broader rear wheel arches, though.

New Nissan Juke spied testing together with the current model

The new Juke will ride on Nissan and Renault's CMF-B platform, which is also underneath the Clio. A variety of engine options should be available, including economical 1.0- and 1.3-litre petrol-fuelled engines, a 1.5-litre diesel, and a more potent, and possibly a petrol-powered 1.6-litre turbo with around 200 bhp. A plug-in hybrid should be available at some point, too.

Higher trim levels should get all-wheel drive. Lower grades would come with front-wheel drive as standard, but AWD might still be an option for them.

Nissan will unveil the new Juke on September 3. Sales of the crossover's new generation will likely begin before the end of the year or in very early 2020.