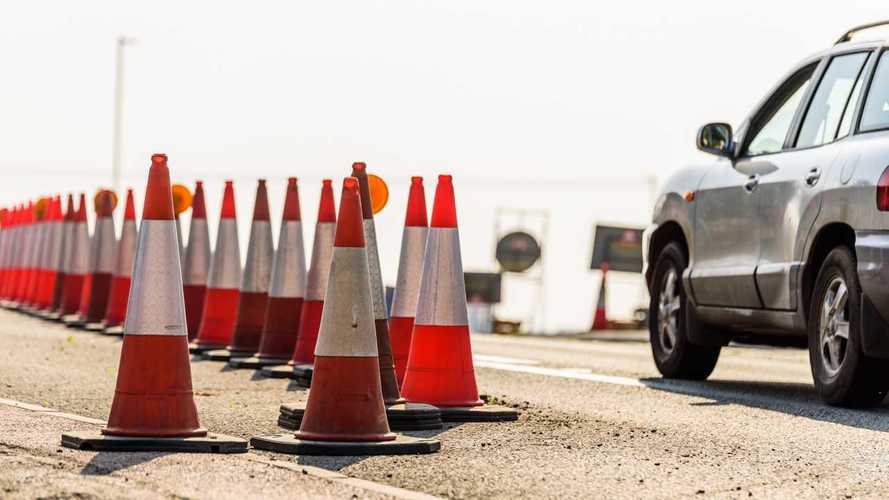 "Pioneering" resurfacing system is being used on the A1 in Yorkshire

Highways England, the government-run company in charge of the country's motorways and A-roads, is promising "smoother journeys" in North Yorkshire as a result of new road resurfacing technology.

Electric vehicles trialled for use at roadworks

Set for use on the A1(M) southbound carriageway between Leeming and Ripon interchange, in Yorkshire, the new technique involves recycling the old surface and re-using it to lay a fresh, smooth road. According to Highways England, the technology reduces the amount of waste while also reducing the time taken to resurface the road.

The so-called “cold repave” machinery has been in use on the A1 before, but Highways England claims to have perfected the technique, allowing the organisation to reduce disruption for drivers. In a statement, Highways England said the new technology would now allow around 100,000 tonnes of tarmac to be laid “in a faster manner than usual”, with around 60 percent less waste going to landfill.

Highways England project manager Ted Chamberlain said the method would allow the work to be carried out faster, and the new road surface could last for up to two decades.

“We used this method last year on the northbound carriageway and it was a great success,” he said. “The machine allows us to reconstruct bigger areas of road much faster. The wagons don’t have to make anywhere near as many trips, and the new road lasts a lot longer, meaning we won’t need to repeat the process for up to 20 years.

“This technology was rolled out in 2016 when we resurfaced a stretch of the A1 in Northumberland, and the lessons we learned from that work gave us the chance to refine the process and provide an even smoother journey for drivers.”

Despite that, Highways England has confirmed that the job will require some lane closures and speed limits while the work is undertaken. A week of overnight lane and carriageway closures has already begun so workers can install a contraflow, where both north and southbound traffic will travel on the northbound carriageway. The resurfacing itself is due to start on Monday, July 29, and is expected to be completed by the end of the year.

The cold repave technology is the latest in a string of high-tech innovations Highways England has introduced of late, following on from the announcement that autonomous dump trucks were being trialled at roadworks, as well as electric vans. Both could soon be rolled out at sites across the country, if the trials are successful.