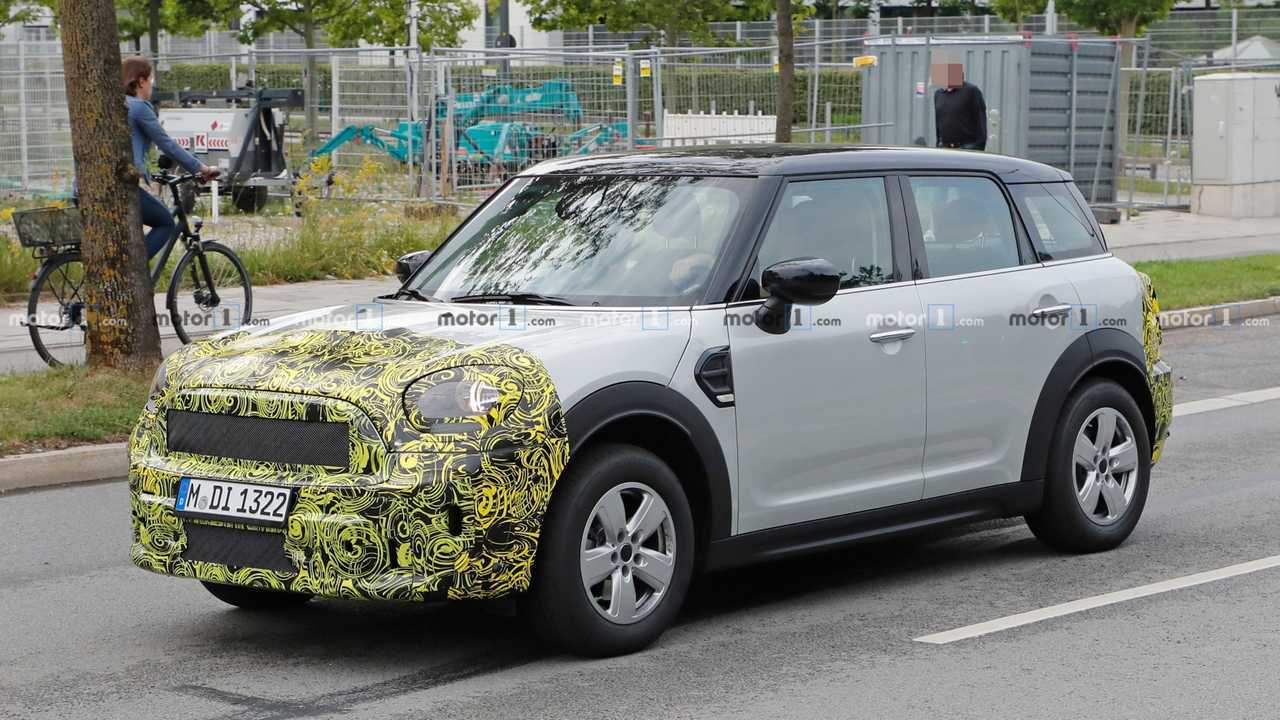 More standard equipment and a bigger touchscreen could be coming as well.

Mini plays it very cool and conservative when it comes to styling updates. Indeed, it takes a discerning eye to spot differences between current Minis and those from nearly 20 years ago, when the BMW-era Mini first hit the streets. Case-in-point is the Mini Countryman spied here, sporting a minor update on its front and rear fascias.

The current-generation arrived for the 2017 model year, and this update appears to retain the Countryman’s slightly squarish features in front compared to other Mini models. Specific details on the fascia are hard to spot, as the camo and hard coverings behind it obscure the shape quite effectively. We expect it will adopt a style similar to other recently updated Mini models, with smaller vents at the corners and driving lamps moving towards the outer edges. The grille could shrink in size just a bit, though it should retain its iconic Mini appearance. At the rear, a slightly modified lower fascia and different taillights appear to be the only changes.

We can’t see inside, but a larger infotainment screen is highly likely. More personalisation options should also be available, and the Countryman’s list of standard equipment should grow as well. Power changes are unlikely, especially considering the new JCW Countryman is now available with a 301-bhp turbocharged 2.0-litre engine. It can hustle the small crossover to 60 mph in 5.1 seconds, but the only transmission choice is a Steptronic eight-speed automatic. In fact, no new Minis are currently available with a manual, though for most models it’s just a temporary issue.

With the JCW Countryman having just arrived earlier in 2019, we don’t expect to see this facelifted model revealed anytime soon. Our best estimates right now say a refreshed Countryman could debut in about a year as a 2021 model.