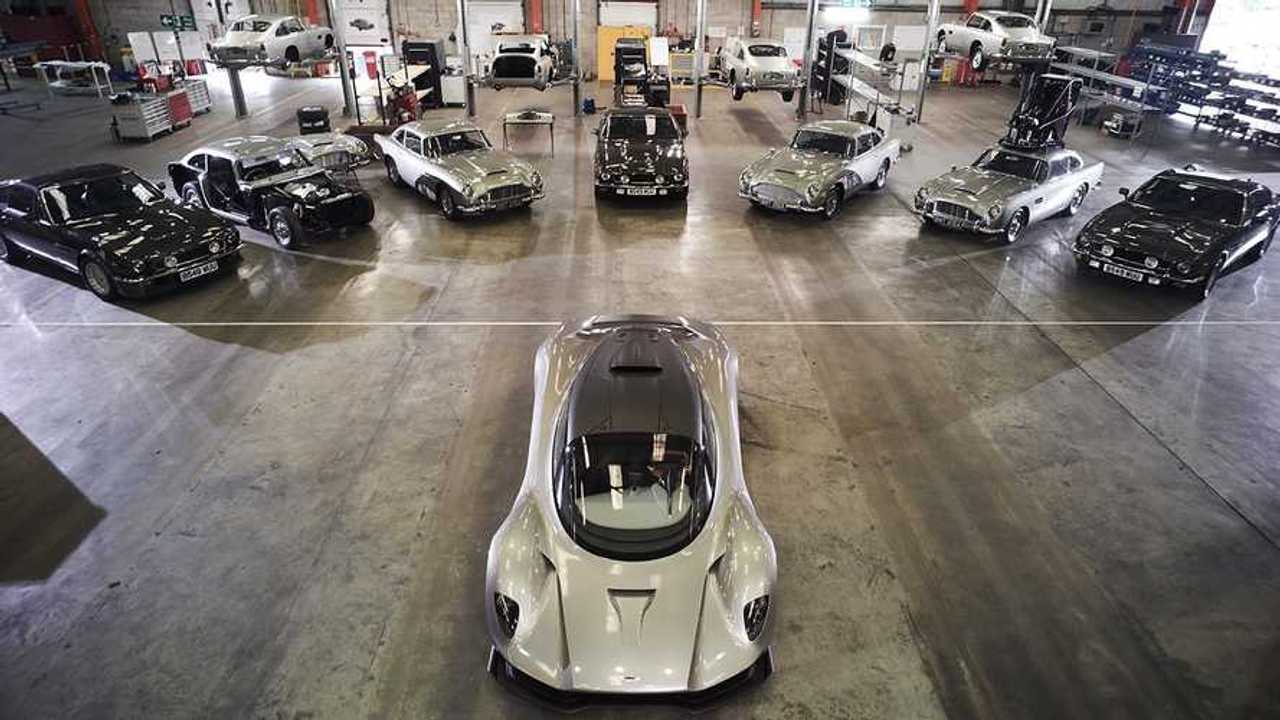 Is a legend about to have another starring role?

A new photo shared on social media has given us the biggest clues yet about the car scenes in the upcoming 25th James Bond film.

We already know what cars will be appearing in the movie, with the new Aston Martin Valhalla joining the classic DB5, V8 Vantage, and an old-school Land Rover Defender in the fictional secret agent's 'garage'.

What we don't know, however, is what those cars will be doing. The Land Rover has been spotted filming some not-so exciting scenes in Jamaica, while the V8 Vantage has been caught on film tearing up coastal roads in Norway. Now an image shared on the official James Bond social media accounts may well have given us our best insight yet as to what Bond 25's four-wheeled stars will be getting up to.

In the image, which depicts a workshop where film cars are being prepared, three V8 Vantages and eight DB5s can be seen. The multiple examples of each car seemingly suggests that the two classics will be used in action sequences, where filming requires multiple versions of each car to complete different elements of filming.

One of the DB5s is even fitted with a 'Pod' system, which allows a stunt driver to operate the car from a position on the roof while the actors play their part inside the vehicle.

Such contraptions have been used in Bond films before, most notably in Skyfall when one was fitted to a Land Rover Defender being 'driven' by Naomie Harris' character Eve Moneypenny (pictured above). In reality, former Stig Ben Collins was driving the car. Collins, along with multiple rally title holder and reigning British Rallycross champion Mark Higgins, have handled Bond driving duties for over a decade.

From the image it's not clear whether all of the cars are the genuine article, or rather replicas built just for filming, but we'd bet that they were replicas or faithful recreations given that the price of a used DB5 can hover around the million pound mark, while classic Vantages can cost over £100,000.

The DB5 recently went back into production, complete with Bond gadgets as part of a new series of 'continuation' models. Only 25 of the £2.75 million machines are being made, each with input from Bond special effects guru Chris Corbould.

Another noticeable thing in the image is the presence of just one Aston Martin Valhalla. The mid-engined hypercar's inclusion in the film has already been confirmed, but unlike its older stablemates, it doesn't appear as if it will be appearing in any big action scenes, unless Aston Martin and the Bond organisation are being secretive about something. Spies can be quite good at that...