Bentley Mulsanne W.O. Edition owners will get this collector's item 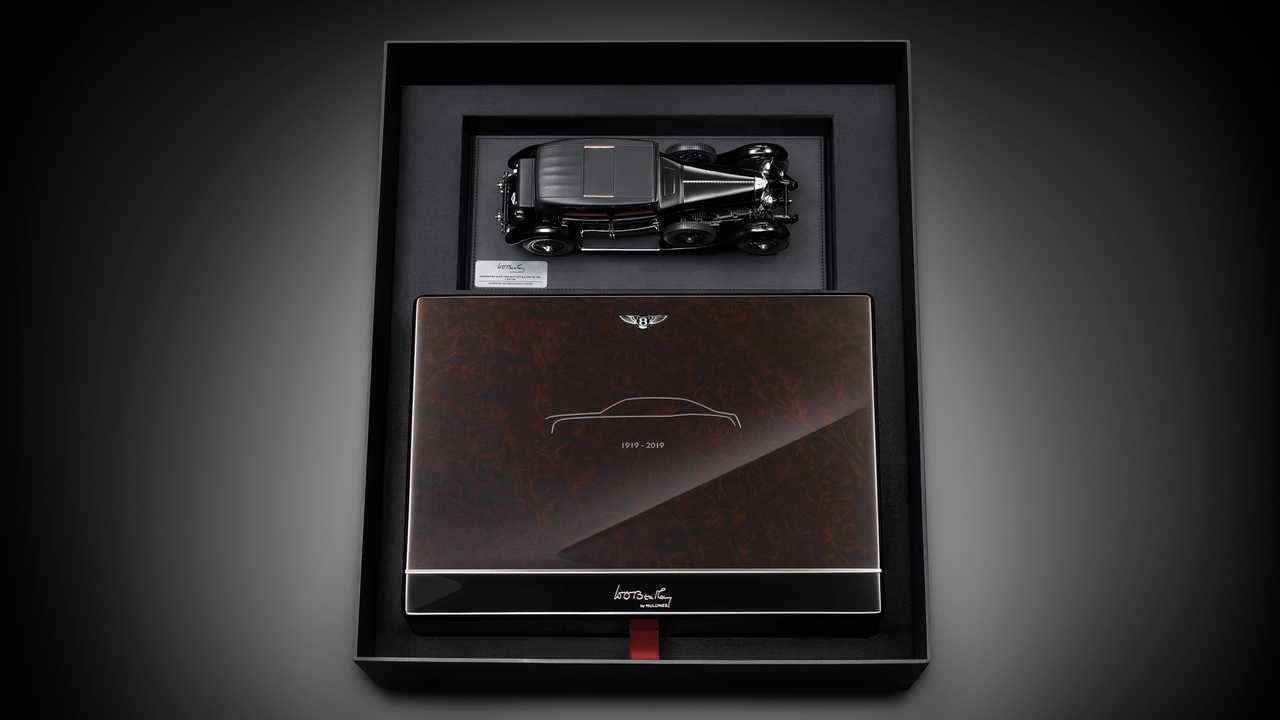 It's essentially Bentley's idea of a posh goodie bag...

The lucky buyers of Bentley’s Mulsanne W.O. Edition by Mulliner are already getting something special in the shape of a 5.5-metre-long, 100th anniversary-commemorating, four-door limo, but Bentley has decided to offer them a little something extra.

More on the Bentley Mulsanne:

When the privileged few collect their limited-edition Mulsanne, they will also be presented with a box of Bentley-themed goodies. Not only will it include a 1:8 scale model of the car that inspired their celebratory model - the 8 Litre driven by the company’s founder - but also a handcrafted key case.

The case itself is designed specifically to match the W.O. Edition’s wood trim and red leather interior, featuring Dark Stained Burr Walnut and Piano Black veneers, separated by a chrome pinstripe and complemented a Fireglow Heritage hide pull tab. Meanwhile the lid is engraved with the years 1919-2019, just to hammer home the company’s centenary, and an illustrated silhouette of a Mulsanne. W.O.’s personal signature also features, in what Bentley calls “a fitting tribute” to its founder.

Happily, this ultra-posh goodie bag isn’t just for show. The walnut-trimmed box contains three keys and a sizeable Flying B paperweight, as well as a printed brochure with never-seen-before images of the 1930 8 Litre. And to make sure you know it’s the real deal, Bentley is also throwing in a Certificate of Authenticity signed by Bentley’s chairman and CEO, Adrian Hallmark, and the director of design and Mulliner, Stefan Sielaff.

Not that the car isn’t special in its own right. Predictably, given that it’s a limited-edition car to celebrate 100 years of the brand, just 100 will be built. Each of those will come with two-tone upholstery, body-coloured wheels and a handmade cocktail cabinet in the rear. Adorning that cabinet will be a slice of the crankshaft from W.O. Bentley’s personal 8 Litre, meaning each car carries a sliver of Bentley history.

Available in all three versions of the Mulsanne - the standard Mulsanne, the Mulsanne Speed and the Mulsanne Extended Wheelbase - the W.O. Edition comes with a 6.75-litre V8 engine that produces upwards of 500 bhp. The standard car and the long-wheelbase version both get 506 bhp, while the Speed ups that to 530 bhp. That allows the massive limousine to get from 0-62 mph in less than five seconds, before hitting a top speed of 190 mph. The less potent standard version has to ‘make do’ with a 5.3-second sprint to 62 mph and a 184 mph top speed.