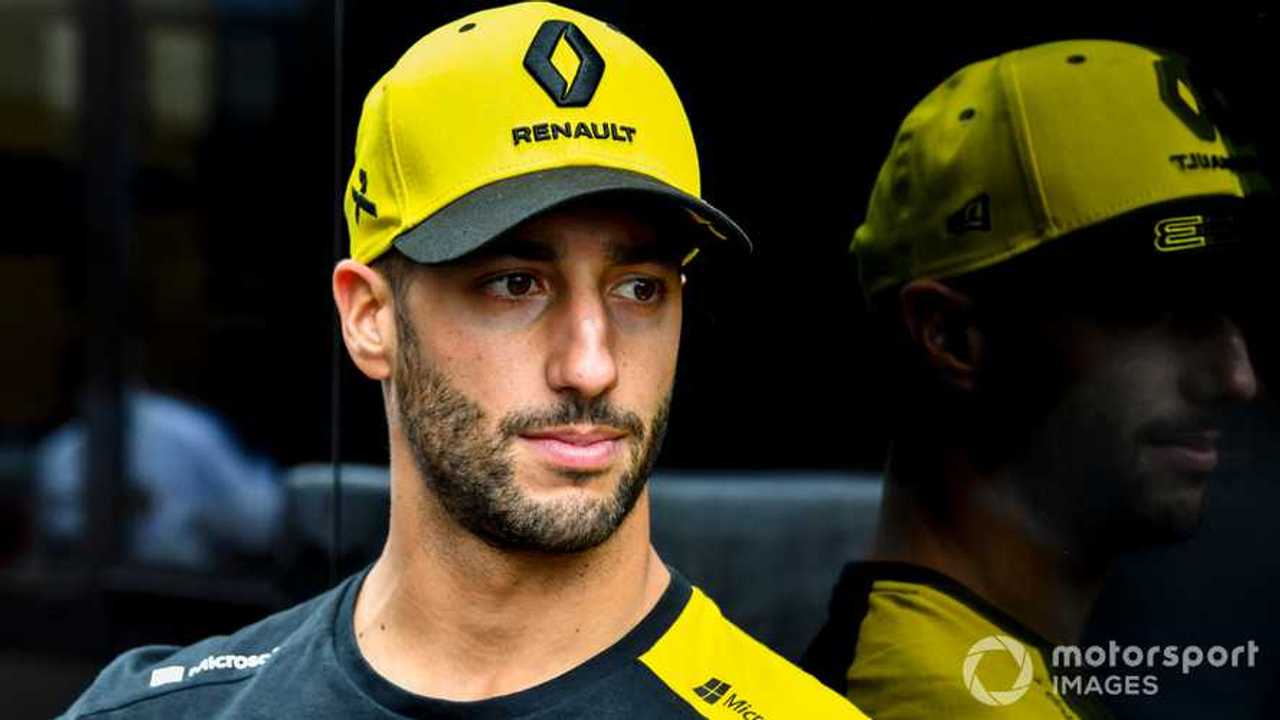 Ricciardo left his long-term backer Red Bull at the end of last season after striking an unexpected two-year deal to join the works Renault team from 2019.

According to United Kingdom High Court of Justice documents obtained by Motorsport.com, Ricciardo’s former advisor Glenn Beavis claims he is owed “various sums” for the contract Ricciardo has entered into with Renault.

Ricciardo to be represented by Ronaldo’s agency

Beavis' claim, served earlier this month, alleges a debt of 20% commission on Ricciardo’s base Renault salary, various contractual elements – including the cost of Ricciardo's superlicence, use of a Renault road car and cost of a physiotherapist – and other items.

In a statement given to Motorsport.com, Ricciardo responded: “There is no substance to Glenn Beavis’ claim.

“It is unfortunate that he has decided to bring this wholly unmeritorious claim which I intend to fully defend in the court process.”

The background to Ricciardo’s advisor arrangement

Beavis’ company Sivana Sports International FZE has claimed that Ricciardo’s British Virgin Islands-incorporated company Whitedunes has failed to pay fees in accordance with the commission agreed between the parties.

Whitedunes was set up in 2013 to control Ricciardo’s commercial and marketing rights. It represents the views of Ricciardo, his parents and Joe Passione, a close family friend.

Ahead of this year’s season-opening Australian Grand Prix, Ricciardo was announced as part of Creative Arts Agency subsidiary CAA Sports.

Prior to that, Beavis provided management and consultancy services to Ricciardo since 2012.

The agreement between Ricciardo and Beavis was revised after Ricciardo's successful first season with the Red Bull senior team in 2014, when he won three grands prix.

Beavis claims to have taken on more tasks and in return was paid a retainer of £225,000, paid evenly across 12 months, plus 20% commission on the value of all new deals he introduced that were concluded by Whitedunes or Ricciardo.

According to the court document, that retainer fee was revised to $20,000 a month a few months into 2015 and the new figure was suggested by Beavis after Ricciardo allegedly wished to renegotiate that fee.

Beavis states he was paid his revised retainer fee and also commission on new deals, including one at 20% per the agreement and one in the form of a “rare Rolex wrist watch” in lieu of the commission due.

Beavis was featured alongside Ricciardo during an episode of F1's Netflix show Drive To Survive that documented Ricciardo’s future decision-making process during the 2018 season.

According to the legal document, Beavis began discussions with Renault and its F1 boss Cyril Abiteboul about a possible move for Ricciardo in mid-2017, one year before Ricciardo's shock deal was announced.

The full details of Ricciardo’s Renault contract are redacted in the official documents, but Beavis’s claim refers to the terms agreed in August 2018 as “a value very substantially in excess of” his Red Bull deal.

As his £10m+ claim relates to 20% commission on Ricciardo’s fee, that puts the Renault driver’s salary at more than £20m per year.

In December 2018, Beavis claims Ricciardo wanted to terminate their agreement with immediate effect.

This was delayed until the end of January 2019 as Beavis allegedly requested time to complete the long-form of the Renault F1 driver contracts.

However, according to the claim these contracts were not finalised and signed by the end of January and Beavis continued to provide services to Ricciardo beyond that date.

What is being claimed

Beavis claims to have continued to provide services per his revised agreement with Ricciardo until the agreement was terminated on March 31.

The claim states that Ricciardo’s Renault contract was a new deal introduced by Beavis and subsequently concluded by Ricciardo, so Beavis submitted an invoice for 20% of Ricciardo’s fixed Renault fee.

Other aspects of the value of Ricciardo’s Renault contract – including the cost of his superlicence, use of a Renault road car, physiotherapist and medical expenses, season-end and win bonuses and two undisclosed clauses – were not claimed at that time.

The right to further commissions on these “future contingent sums” was not waived, the court document states, and Beavis has staked his claim to commissions for three other deals he introduced Ricciardo to – two brand ambassador roles and an F1 film appearance – if they result in finalised agreements.

However, Beavis says he was informed on April 4 by R&H Trust Co (Jersey) Limited, acting “on behalf of Whitedunes and/or Ricciardo”, that no commission was payable in respect of the Renault contract.

A letter dated May 30 from solicitors acting for Ricciardo allegedly reiterated that Beavis “has no entitlement to the commission, or to any other form or amount of commission, in relation to the Renault contract”, including the future contingent sums or any other deal introduced by Beavis.

That has led Beavis to claim for an amount in excess of £10million, which includes – but is not limited to – the payment of debts from the unpaid commission, interest on these debts and a declaration of entitlement to future payments.

Ricciardo will be represented by The Ebury Partnership LLP as he contests the claim.

His Renault team declined to comment when approached by Motorsport.com.