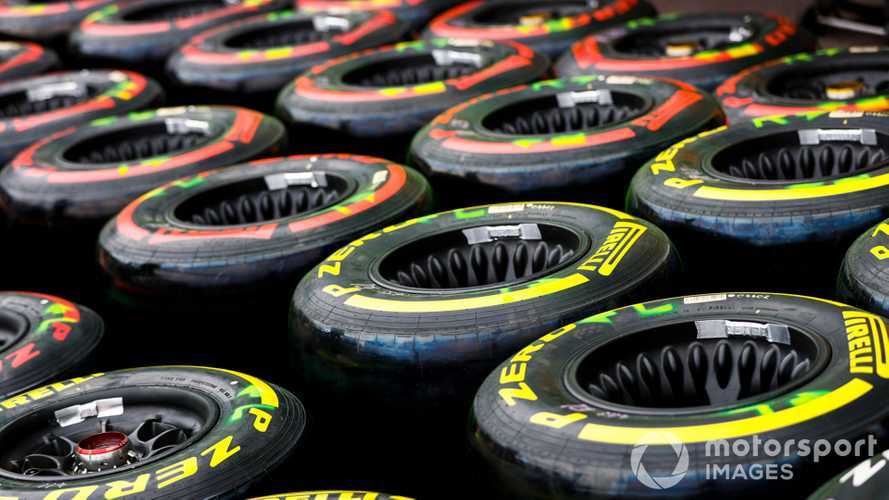 Formula 1 looks set to abandon high-degradation tyres from 2021, with series chiefs admitting the sport was wrong to head in such a direction.

The FIA and F1 owners Liberty Media are working on a revamp of F1 that they hope will make the racing better and boost the sport’s popularity.

Earlier this week a blueprint for the new 2021 car was revealed, with F1 chiefs committed to a ground effect concept that should allow cars to follow each other much closer.

It has also emerged that F1 is looking at a whole new approach to tyres too, as the sport prepares for a switch to 18-inch wheels.

Rather than pursuing a push for rapidly degrading tyres that has dominated the recent era with Pirelli, F1 wants to head down a route that will allow drivers to push harder for longer.

The FIA’s head of single seater technical matter Nikolas Tomazis said: “We want to have tyres that enable people to fight each other without degrading or only giving a short interval for the person attacking to attack.

“What the current tyres are is a product of what has been asked of them [Pirelli], and I think we need to ask them to do different things to what they have been asked in the past.”

F1’s chief technical officer Pat Symonds said discussions were underway with teams and Pirelli to settle on a plan that will deliver tyres that are better for racing.

“I think in the past we have maybe asked for the wrong things,” he said. “It is a very complex problem, but it is something that we don’t have a clear idea on yet.

“We are doing a lot of simulation and there are many things you can do, but we do believe that pit stops are important in F1.

“We know our fans enjoy these two/three seconds pit stops so we do want to have a level of pit stops. Perhaps an easy thing to do would be to have a Le Mans tyre that would go on and on and on but then we would lose the pit stops.

“I have spent a lot of time talking to some of the teams who are going to help us with this task through simulation, but it is a difficult one.

“I completely agree with Nikolas: we were asking completely the wrong things of Pirelli over the last few years. The high degradation target was not the way to go I think.”

Pirelli has no qualms about changing philosophy

The idea for degrading tyres is that they produce a big enough variation in lap time during their life that they help open overtaking opportunities between drivers.

However, one of the consequences has been that the tyres are prone to overheating when a car is trying to attack a rival, and this hurts the racing.

Pirelli has long been clear that its approach to tyre characteristics is based on what it has been asked to do, so if the sport wants to move in a different direction it is happy to do so.

Mario Isola, Pirelli’s head of car racing, told Motorsport.com: “As always our approach is to deliver what F1 wants, so if we have to modify the targets for 2021 we need to know quite soon because we are going to start the development of those tyres.

“If F1 wants to go to low degradation tyres, or to have bigger delta or any other idea, if it is feasible we are happy to go in this direction.”

Isola said that he was encouraged that a research group had been set up to help move the tyre discussion forward, and he felt it essential teams and drivers were involved in the outcome.

“We have a research group with the F1 and the FIA, and we have had several meetings with them to understand which is the right direction,” he said. “Then we need to involve the teams and drivers to be 100 percent sure we are going in the right direction.

“We need to involve the teams because they have specialists of strategy to understand if it is the right direction, and drivers because they drive the car and they know exactly what they want. It is important we are all on the same page.”

Video: How F1's current tyre philosophy was shaped by one race