When an automaker updates a model, some die-hard enthusiasts cry foul, believing even the most infinitesimal change could detract from the car’s perceived soul. However, rarely do automakers change a car as drastically as BMW changed the 1 Series, which debuted earlier this year with the M135i. The new 2020 BMW 1 Series appears like a drastic departure for the company with its front-wheel-drive layout. Spoiler alert, this isn’t BMW’s first model to power the front wheels. But it is different than the previous 1 Series that powered the rear wheels. The video above pits the new BMW M135i against its former self, the BMW M140i, to see if new actually means it’s better.

While the new 1 Series is front-wheel drive, the range-topping M135i is all-wheel drive, powered by BMW’s turbocharged 2.0-litre four-cylinder engine making 302 bhp and 332 pound-feet of torque. The M140i, while offered as a rear-wheel-drive vehicle, is all-wheel drive in the video above. However, while the M135i is only capable of sending 50 percent of its power to the rear wheels, the older M140i can send 100 percent of the power to the back. A turbocharged inline-six engine powers the older 1 Series. It makes 340 bhp and 368 lb-ft of torque.

The M140i’s extra two cylinders do give it a performance advantage. In the video, it is 0.4 seconds quicker to 60 mph – 4.5 compared to 4.9. However, the older M140i is heavier than the new M135i, which is evident by its longer braking distance. But the differences extend far beyond performance. While Carwow’s Mat Watson prefers driving the older M140i with its rear-wheel-drive bias, he admits the newer M135i is a far nicer place to spend one’s commute. He also notes the newer Bimmer feels more planted on the road, too.

The 2020 BMW 1 Series may have the engine laying a different way under the bonnet, which is missing two cylinders, but it still offers engaging driving dynamics and a far better interior. Some won’t like the change, but as the automaker said earlier this week, the 1 Series’ move to front-wheel drive was about making the right compact car for the segment. And that meant changing the layout. 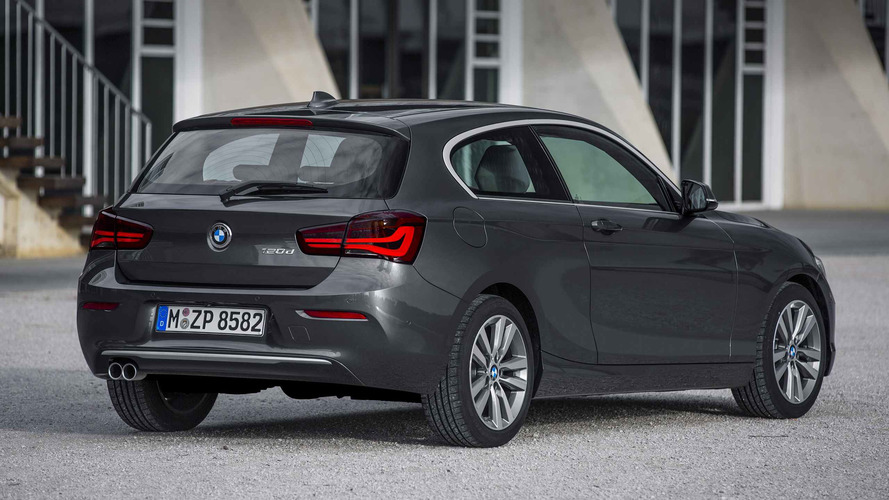