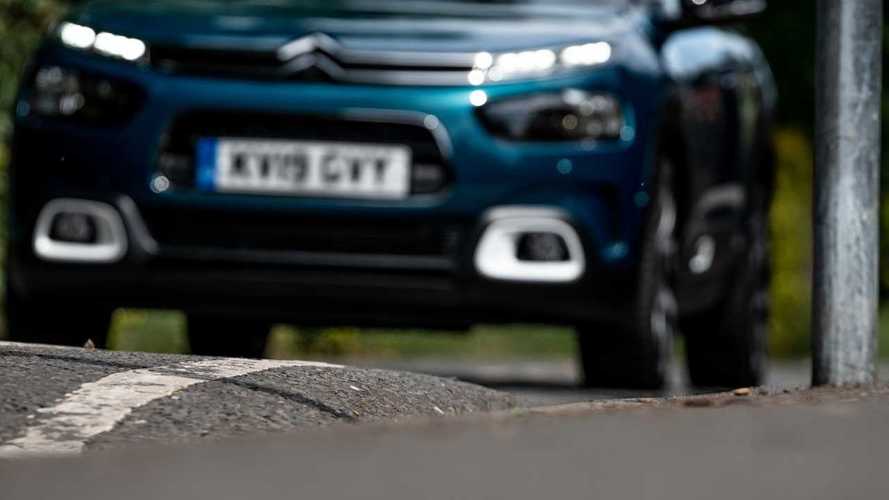 Apparently there are more than 42,000 individual speed bumps in the UK today, and that number is the result of a five percent increase over the last three years.

Those figures come from an investigation by Citroen, who looked into Britain's traffic trends while developing the latest generation of its famous hydraulic suspension.

The latest from Citroen

The study also showed that those speed bumps are on 14,000 different roads which cover a total of roughly 2,000 miles across Britain. What's more, Citroen also found there were a further 12,000 traffic calming measures such as speed tables, ramps and width restrictions.

Speed bumps first came to the UK in 1983, but their origins can be traced back to the early 1900s when they were first used in New Jersey. Experts say that road calming measures like speed bumps have been key to keeping road deaths in the UK low – they have fallen by 80 percent since they peaked in 1941.

Borough councils in London have the highest percentage of speed bumps per miles of road they are responsible for, accounting for eight of the top 10 areas in the country. Newham Council has speed bumps across all of its 125 miles of road, followed by Southwark (71 percent) and Hackney (69 percent).

Outside of London, Norwich City Council had the most with traffic calming measures on 17 percent of its roads ahead of Portsmouth City Council (13 percent) and Bury Metropolitan Borough Council (12 percent).

"At Citroen, we are committed to providing our customers with the best journey experience possible no matter what the road surface," said Souad Wrixen, Citroen UK’s marketing director. "Speed bumps and other traffic calming measures have their place on UK roads helping to improve road safety and reduce fatalities. So, when approached at the correct speed and with care, our Citroen Advanced Comfort programme will ensure that humps and speed tables can be navigated more comfortably, avoiding the sharp jolts often experienced by road users."

Highest miles of speed bumps per miles of road responsible for (London Boroughs):

Gallery: Citroen has found out how many speed bumps are in Britain