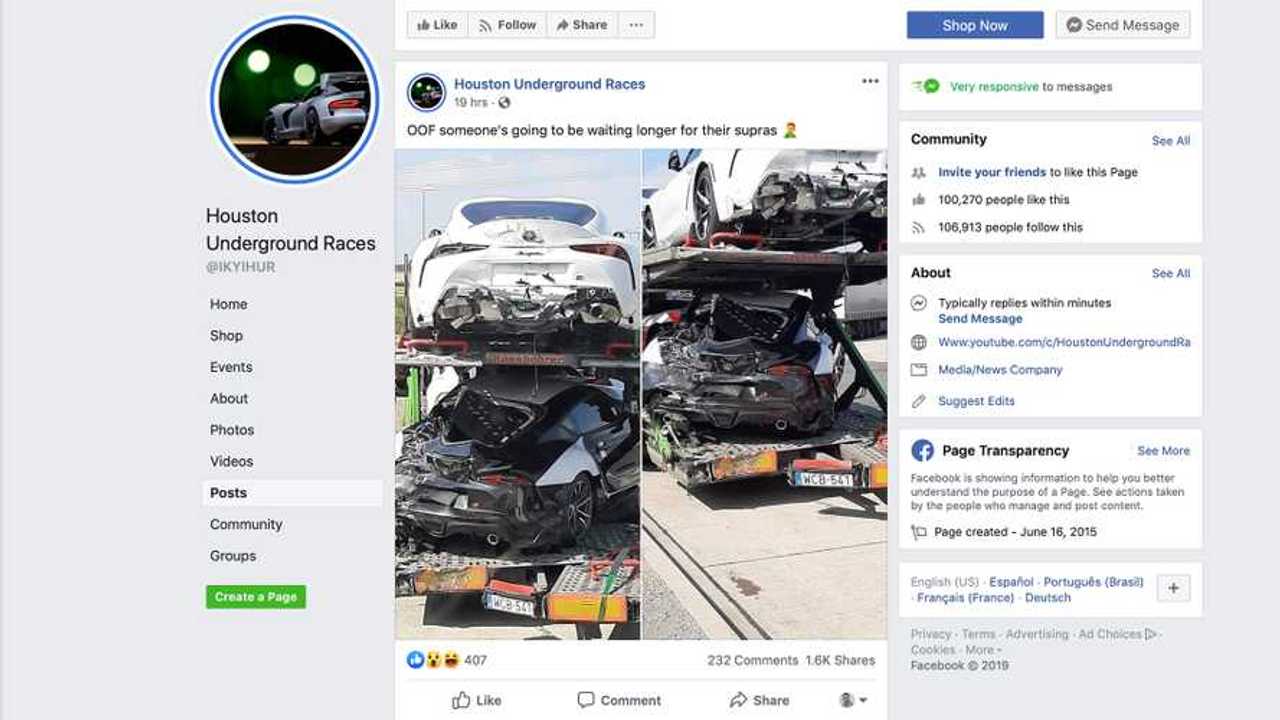 These Supras didn't even have a chance to hit the road.

Several new Toyota Supras in Hungary received extensive damage while still sitting on the car transporter taking them to showrooms. The cause of the incident remains a mystery, but photos provide a great look at the destruction.

The lorry driver may have caused the crash by backing into something. Alternatively, something tall, like another semi-truck, may have hit the car hauler. Regardless of the cause, the damage mostly occurred on the lower level of the transporter. The dark grey Supra down below received a hard hit to the rear corner that was enough to crumple the unibody structure, destroy the taillight, and shatter the back glass.

Chris Harris is baffled by the Toyota Supra
⠀

The situation isn't quite as bad for the white Supra on the transporter's upper level. The damage for it is mostly on the lower section of the rear body/bumper where sections of the bodywork are now gone. There's also damage to the exhaust, including bending the tip of one of the pipes by roughly 90 degrees. One taillight is gone, and there are scrapes on the boot lid.

There was also damage to the red Supra on the lower level, according to Tire Meets Road. The photos don't provide a good look at things, but the grey car is likely responsible for at least some scrapes and scratches to the crimson machine's front bumper.

In the United Kingdom, deliveries of the 2020 Supra Launch Edition will start from late this summer.