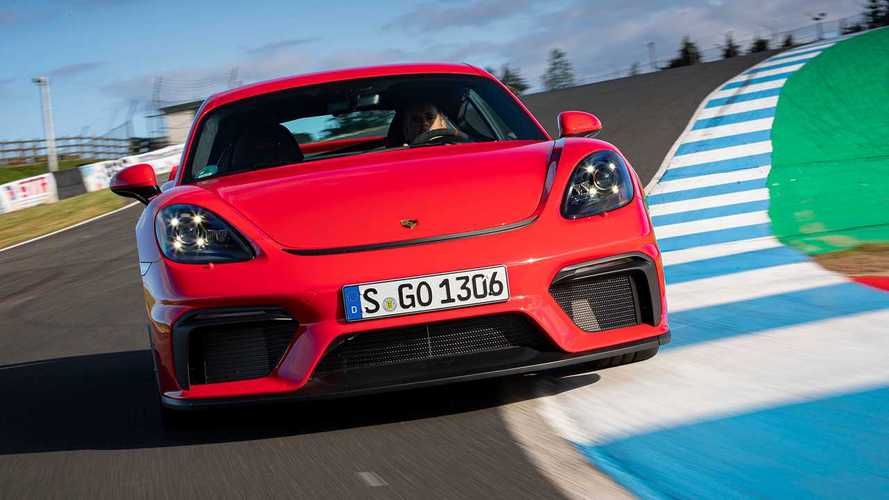 Engine tech derived from the 911 GT3 could create an even more powerful Cayman.

It was about a month ago when Porsche introduced the 718 Cayman GT4 together with its Boxster Spyder sibling, and yet the company is willing to talk about an even more exciting model. In an interview with Australian magazine CarSales, boxer engine development manager, Markus Baumann, suggested the newly developed 4.0-litre six-cylinder engine could produce more power without having to go down the turbocharging route.

As it stands, the naturally aspirated boxer mill is good for 414 bhp and 310 lb-ft of torque in the 718 dynamic duo, but “much more horsepower” can be extracted after applying engine technologies from the 911 GT3. He went on to specify Porsche “could easily bring them together” for a higher-output version of the engine inside the Cayman GT4, with one example of a feature that could be carried over being the titanium connecting rods.

Porsche explains there are two ways to increase the horsepower count from the current 414 bhp – either by decreasing friction and the ventilation losses in the crankcase or by increasing the engine’s speeds. The Cayman GT4 and Boxster Spyder already have a high 8,000 rpm rev limit, but it looks like it’s technically possible for Porsche to make them rev even higher than that.

It’s a rather interesting reveal considering Baumann also said one of the biggest hurdles the engineers had to overcome during development was to increase the engine’s maximum speed by 200 rpm compared to the previous 3.8-litre Cayman GT4 that had a 7,800 rpm redline.

Needless to say, Porsche has to be extremely careful as there’s always the risk a potential Cayman GT4 RS could clash with the 911 GT3. For this reason, Baumann said “for now I think for this car 414 bhp is enough power. Right now, for strategy reasons, we need to keep a little bit of distance to the 911 GT3 of course."

Nevertheless, CarSales says a hotter RS version might eventually happen by mid-2021 or about a year after the rumoured launch of a PDK-equipped Cayman GT4 and Boxster Spyder. Interestingly, Baumann admitted during the interview that Porsche’s new naturally aspirated 4.0-litre unit will be installed in future cars, but obviously without revealing their identities.

The hardcore 718s are here: