This is why Jay Leno drives a Tesla 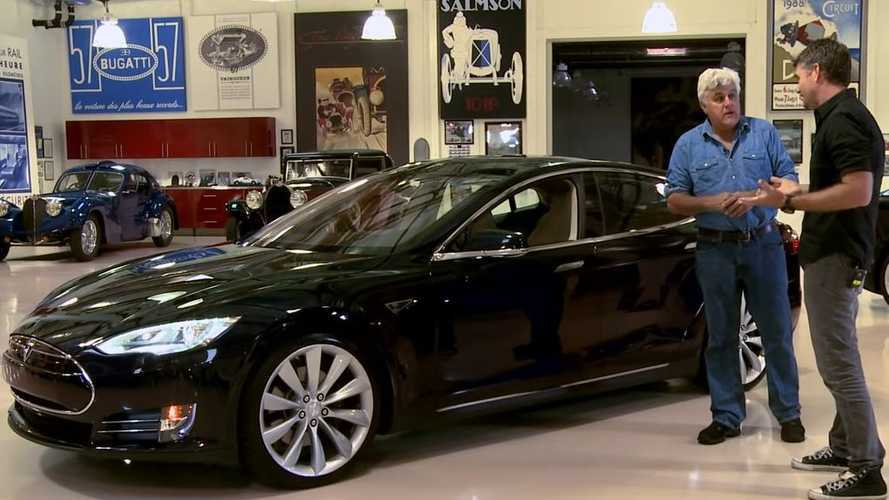 If only everyone would realise and see it in this light

Late-night talk show legend Jay Leno is a car nut. For those unaware, he has a website and TV show entitled Jay Leno's Garage. Leno is a car collector and uses the show to provide insight into his massive collection. He owns some 300 vehicles and more than half of them are cars. The remainder is comprised of motorcycles and motorbikes.

As you probably well know if you follow the segment, Leno is a huge Tesla fan. He currently owns a Model S and has recently test-driven a Model 3 and a Tesla Roadster prototype. Of course, this all makes perfect sense due to his love for fast, sporty, and unique vehicles. However, in a recent interview with CNBC, Leno touched on some of the less obvious — but arguably much more important — reasons he's a fan of Tesla.

Leno says just because he likes old cars doesn't mean he dislikes new cars. This is because Leno embraces new technology. He doesn't understand why there's so much negativity surrounding an American company that uses American employees and locally-sourced materials.

People tend to push back against new technology. Leno reminds us of a time when cars only came with manual transmissions. He mentions how complicated it once was just to operate a car. Since then, we've enjoyed innovations like automatic transmissions, keyless entry, keyless ignitions, touch-screen infotainment systems, and even smartphone connectivity. The list is endless, but you get the idea.

Leno talks about the many innovative features that Tesla vehicles offer. He's certain that this technology will make its way into other cars in the future. It's really just a matter of time. In the meantime, some people complain about change and don't believe electric cars should get government subsidies. Leno says he supports the incentives and makes some valid comparisons. Check out the short video below for more specifics.