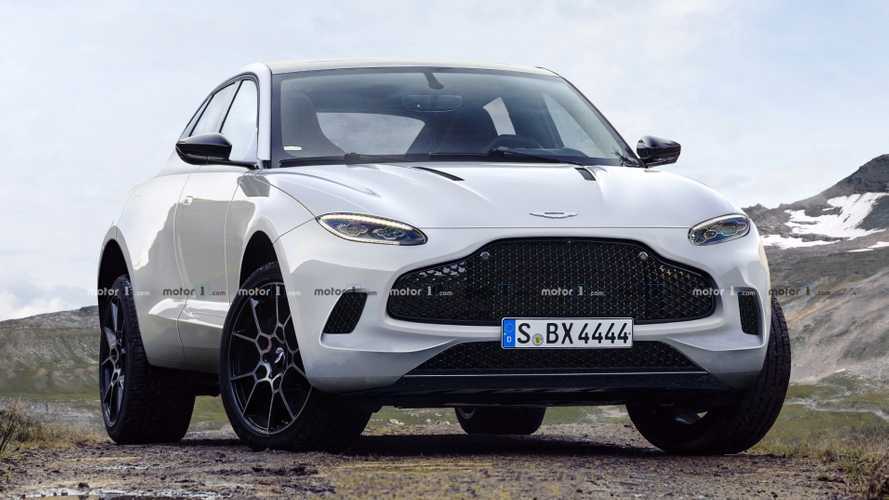 It should have plenty of power to get sideways at will, but is that something you really want to do in an SUV?

Compared to saloons, a couple key characteristics of crossovers and SUVs are a taller body and higher ride height. These aspects are beneficial when it comes to interior space and off-road functionality, but the result is a higher centre-of-gravity. That’s definitely not beneficial when it comes to performance, but it can be especially problematic when a vehicle is skidding sideways, whether by accident or on purpose.

The DBX is coming:

Never the less, it appears Aston Martin could be interested in exploring the lateral arts with its upcoming DBX, the first-ever SUV from the posh British brand. In a recent report from Car Advice, Aston Martin’s Senior Manager of Vehicle Dynamics Ian Hartley was seemingly coy about the possibility of a drift mode finding its way into the DBX. According to the article, Hartley said he was “all for drift mode” though he stopped short of confirming the feature outright.

Why is this an issue for vehicles with a higher centre-of-gravity? Without getting technical, the higher the centre-of-gravity, the easier it is for a vehicle to tip over. Throw a proper high-riding off-roader into a high-speed corner and the g-forces alone could send it rolling. Add in the dynamics of a powerslide, and well, you can see the concern. Admittedly, the DBX prototypes we’ve seen look pretty darned low in the world of SUVs and crossovers, and it’s rather wide as well. It still rides noticeably higher than a Vantage AMR, and there’s also its all-wheel-drive system that tends to keep things buttoned up. That’s not to say it couldn’t vector all power to just the rear wheels like the BMW M5, but would a high-performance SUV buyer be interested in such tomfoolery?

We still don’t know details about the production version of this soon-to-be SUV. It’s expected to wield an AMG-sourced 4.0-litre twin-turbo V8 at launch, with a V12 possibly arriving later on. In that respect, it should definitely have all kinds of power to deliver massive smoke-laden powerslides. However, there’s a reason why we haven’t seen any SUV – performance-oriented or otherwise – equipped with a drift feature. Ultimately, Aston Martin will need to decide if the added risk of a rollover is worth the PR reward.