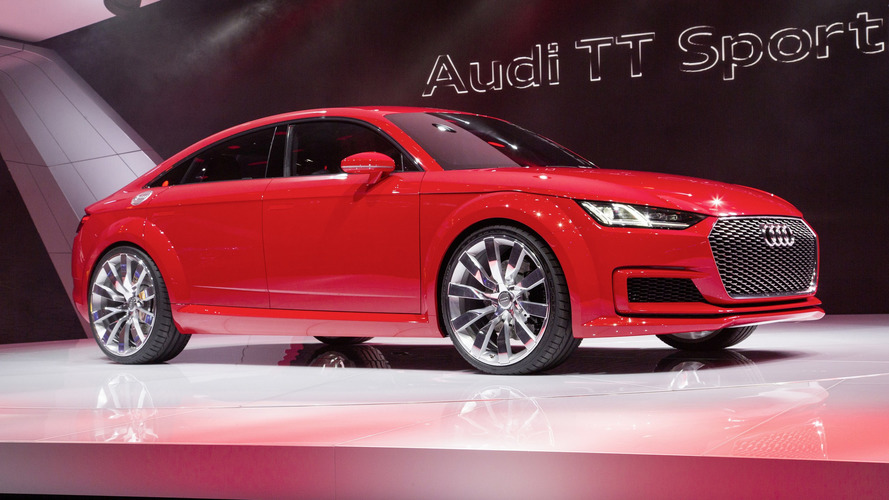 A bottleneck in engineering capacity is pushing back the model's launch.

Audi has been toying around with the idea of doing a compact swoopy saloon for quite a while taking into consideration the TT Sportback concept pictured here debuted in October 2014. Such a model is still nowhere to be found in Ingolstadt’s lineup, so the Four Rings don’t really have a direct rival for the second-generation Mercedes CLA or the upcoming BMW 2 Series Gran Coupe we just spied.

It looks like those interested in a more stylish take on the A3 Saloon will have to wait some more as a new report published by Autocar says the five-door liftback has been pushed back until 2021. The cause of the delay has to do with a “bottleneck in engineering capacity,” which in layman’s terms means Audi is busy developing other models first.

The report goes on to detail the vast lineup the A3 will offer with the next generation, including the usual Sportback and Saloon, but not the three-door hatch and the cabriolet as these two body styles have apparently been axed due to slow demand. While another report from Auto Express says Audi is cooking up a crossover-inspired A3 “Cityhopper” with front-wheel drive, Autocar understands this rugged version will actually be called A3 Allroad and will have AWD once it’ll debut in mid-2021.

Sources within Audi have told Autocar the next-generation A3 will be the “most advanced car in its class and a new benchmark in terms of refinement.” Those are some big claims, but a senior company official is confident the new model is better in every single way than its predecessor, especially when it comes to the cabin. It’s said to offer that “premium feel” and tech features you’d normally expect to find in cars from an upper segment, while the ride quality is set to be best-in-class.

The revamped A3/S3 is coming:

2020 Audi A3 spied testing its brakes on mountain roads
⠀

Riding on an evolution of the MQB platform to shave off some weight, the new Audi A3 is expected to have a seven-year life cycle during which it will be offered with petrol and diesel engines accompanied by mild and plug-in hybrid powertrains plus a natural gas unit. A direct successor for the A3 E-Tron is being worked on, complete with the latest battery tech from the E-Tron SUV.

The hotter S3 and RS3 models are both earmarked for a 2020 release according to the same report, with up to 325 bhp for the former and as much as 417 bhp for the latter.