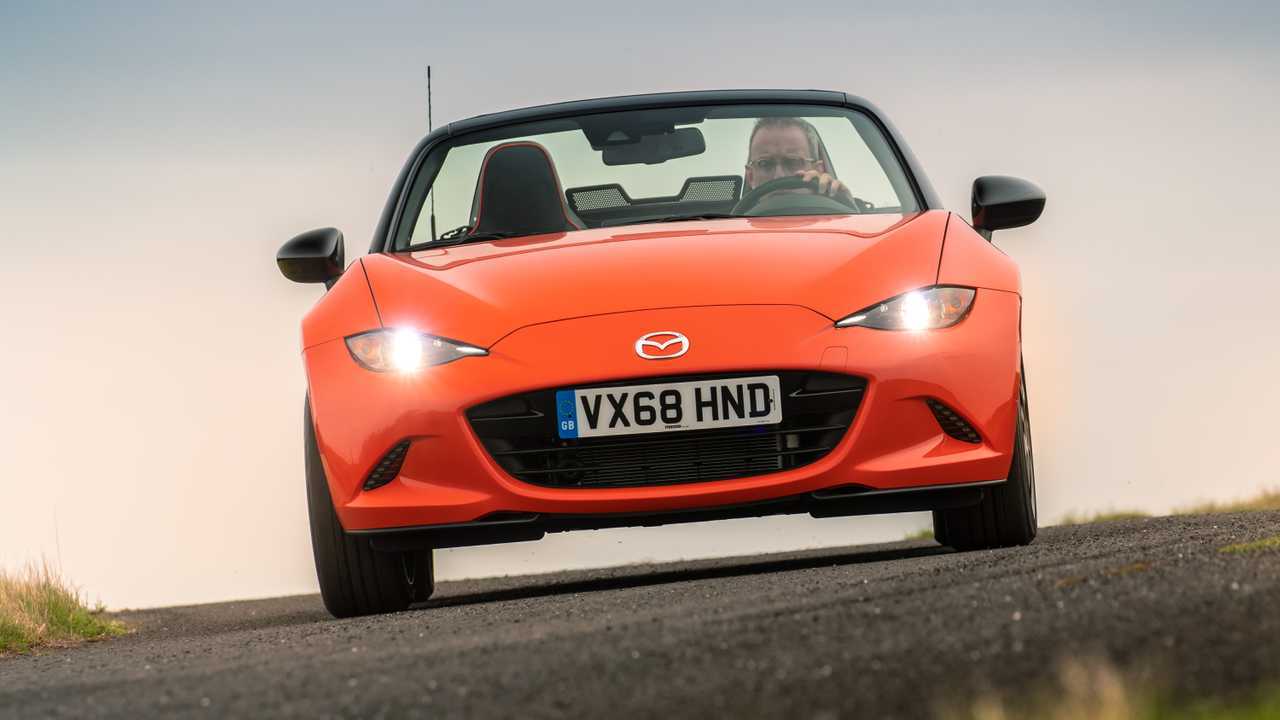 A mere 550 examples will come to the UK, all painted bright orange.

The 30th anniversary edition of Mazda’s fabled MX-5 sports car is now on sale in the UK with prices starting at just over £28,000.

Just 3,000 examples will be built for worldwide markets, and 550 of the special-edition cars are coming to the UK, with 370 of those being the standard convertible model. The remaining 180 will come in ‘RF’ folding hard-top form. All 550 UK-bound cars, however, will come with identical equipment, including a bright ‘Racing Orange’ paint job and Rays forged aluminium wheels.

Each car will also come with a 30th anniversary badge displaying the model’s serial number, as well as orange brake callipers and Brembo front brakes. Inside, meanwhile, the cars get orange accents on the upholstery and Recaro seats.

Otherwise, the car is based on a high-end standard MX-5, meaning you get heated seats, a seven-inch colour touchscreen and a Bose premium sound system. You get satellite navigation and climate control, too, plus automatic windscreen wipers, keyless entry and start and Bluetooth connectivity.

All that comes alongside the most powerful engine Mazda has ever put in the MX-5 - the range-topping 181 bhp 2-litre petrol. Paired with a six-speed manual gearbox, it takes the convertible from 0-62 mph in 6.5 seconds, while the RF takes 6.8 seconds to manage the same feat. The RF is slightly faster at full chat, though, hitting 137 mph where the convertible manages 136 mph.

As with all range-topping 2-litre MX-5s, the 30th Anniversary Edition also comes with a few handling tweaks, including a limited-slip differential and sports suspension, including stiffer Bilstein dampers. There’s a strut brace to improve rigidity, too.

Commenting on the launch of 30th Anniversary MX-5, Mazda Motors UK’s managing director, Jeremy Thomson, said: “In the three decades since the launch of the original model, over 130,000 Mazda MX-5s have been sold in the UK. This is a sports car that has resonated with enthusiastic British drivers ever since its debut and four generations on it’s as popular as ever.

“Along the way, it has remained true to the original principle of being an affordable, lightweight and above all fun-to-drive roadster. Today it is the very essence of the Jinba Ittai driver-and-car-as-one philosophy that goes into every Mazda. And with its unique detailing, generous equipment levels, exclusivity and bold Racing Orange paint, the 30th Anniversary Edition is the perfect way to celebrate three decades of this iconic sports car.”