Back to the Future Tesla Roadster rendered 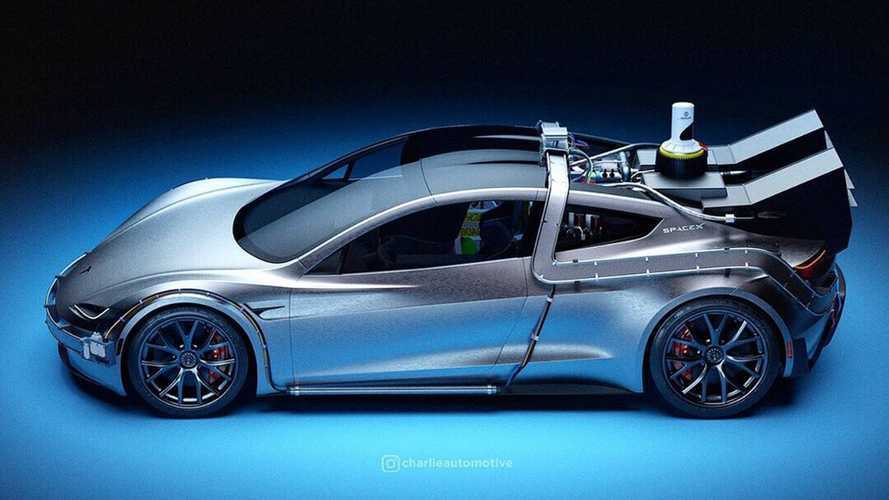 Would a Tesla Roadster with a SpaceX package look like this? Musk says it won't

The second-generation Tesla Roadster is driving people crazy on the internet. After a Twitter user suggested it would be the perfect real-life K.I.T.T., or M.I.T.T. (Musk Industries Three Thousand), people are now trying to imagine it with the SpaceX Package. Marques Brownlee, from Charlie Automotive, made this guess. Based on the Back to the Future DeLorean.

With good-spirited lines such as “Looking for cheap plutonium” or “Would you rather travel to Mars or travel in time?”, Brownlee has placed the pictures he created on Instagram and also on Twitter. Check what was the first suggestion he received:

And we do not doubt Musk will get it done. If he proposes to add cold gas thrusters to a car, something able to generate up to 3Gs of acceleration, adding a light strip to its nose would be a cinch.

Anyway, Musk already stated the SpaceX Package will be a lot more discreet than the one proposed by Brownlee:

Designers will have to be extra careful for the cold gas thrusters not to make the license plate go to space in the process. At least if the SpaceX Package use is limited to legal use. All other purposes for it may see blowing the plate away as a competitive advantage…

In terms of art, reality does not really count that much. Especially with one so carefully presented. Brownlee even put a hoverboard beside the new Tesla time machine, a way to remember it is not enough to have a Doc Brown conceive these things.

Marty is also a fundamental piece in getting the machine to do what it was meant to. If we consider the interest in the new Roadster, there will be plenty of them around. In their rich version. And not interested in Toyota pickup trucks anymore.

Gallery: Render artist creates a Back To The Future Tesla Roadster