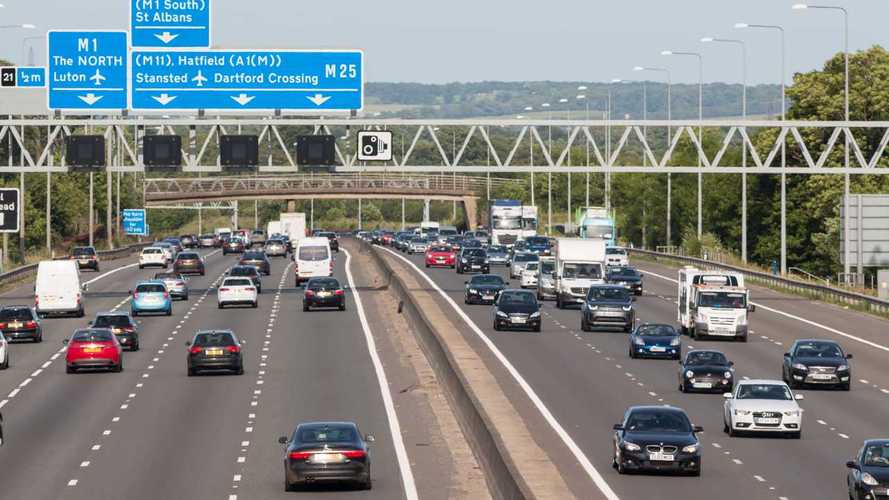 The weekend is expected to be the busiest start to the summer break for four years.

Drivers have been warned to expect heavy traffic this coming weekend as the busiest summer getaway since 2014 gets underway.

According to a study from the RAC and transport data firm INRIX, some 13.4 million leisure journeys will be undertaken by car between Friday, July 19, and Sunday, July 21. That's a four-million-journey increase on the same weekend in 2018 and the highest number since 2014.

The RAC says the weekend will kick off with a "frantic Friday" as 5.3 million separate getaways will mingle with the usual commuter traffic. INRIX says the roads will be busiest between 11am and 6.45pm on Friday, with the southbound M1 between junctions 16 and six expected to see delays of around 90 minutes. Similarly, the anti-clockwise M25 is expected to see delays of around an hour between junctions four and one.

“With record-level travellers hitting the road for the start of summer, drivers must be prepared for delays on popular routes,” said Trevor Reed, transportation analyst at INRIX. “Although travel times are expected to increase throughout the weekend, Friday afternoon will be the worst time to be on the road as commuters mix with holiday travellers.”

In light of the study's findings, the RAC and INRIX have both thrown their weight behind a Highways England campaign that encourages motorists to check their cars over before leaving to reduce the chances of a breakdown. RAC patrol of the year Ben Aldous said checking the basics could "make the difference".

“The last thing any family wants is a breakdown spoiling the start of their summer holiday they’ve no doubt been looking forward to for a long time," he said. "Traffic jams are pretty much guaranteed from the end of this weekend, and while it’s possible to predict where some of these will be, every summer we see extra delays caused by broken-down vehicles blocking lanes, leaving drivers faced with hours of frustration.

“We therefore urge holidaymakers to heed the advice and spend just a few minutes checking the basics like oil, coolant and tyre tread and pressure on their cars before they get packed up. Doing this could make the difference between a smooth and trouble-free journey, and one plagued by the stress and wasted time that comes from being broken-down at the roadside.”

“Breakdowns are still too common," he said. "We urge motorists to get behind the ‘check your vehicle day’ initiative this Friday (July 19) and while we remind motorists to check their vehicles on a regular basis, this week is really important because schools are breaking up for summer and people are setting off for holidays and getaways. By doing the correct checks, motorists can make sure they reach their destinations safely and keep us all moving.”