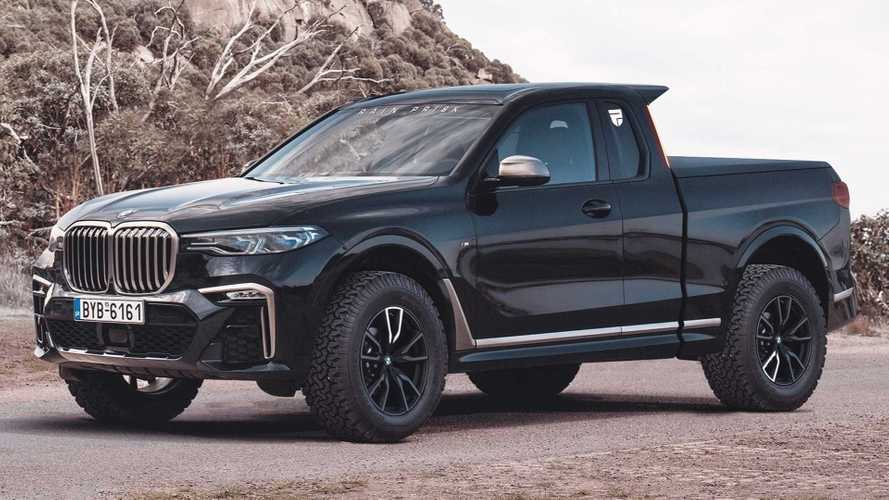 In 1986, BMW had the crazy idea to turn the 3 Series Convertible into an E30 pickup truck with the M3’s engine. The one-off workhorse was used for more than 26 years as a transporter before being retired in 2012 when it was replaced by an E92 M3 pickup also with a 3 Series droptop serving as the donor car.

Fast forward to July 2019, BMW revisited the idea of a pickup truck, but with a couple of twists as the utilitarian vehicle started off in life as an X7 fullsize SUV before being transformed into a double cab rather than getting the single cab layout of its predecessors.

Not content with the work conducted by BMW’s vocational trainees, Rain Prisk took matters into his own hands by elaborating a different take on a Bavarian pickup. Also based on the X7 but without the rear doors and seats of the official truck, the hypothetical premium hauler has been envisioned as a sportier variant since it’s based on an M Performance variant. Specifically, it’s the M50d with loads of low-end torque making it suitable to carry just about everything that fits into that tiny bed.

The roof-mounted spoiler and the vertical third brake lights on the rear pillar are a nice touch, while the chunky tyres denote the X7 M50d truck is ready for an off-road adventure. BMW’s oversized kidney grille doesn’t look out of place on this imaginary vehicle, while the M badge on the front wing corroborated with the fat angular exhaust tips reveal it’s based on the hotter derivative of the big SUV rather than the 40i like the real thing.

Don’t hold your breath for a production pickup from BMW to go after the Mercedes X-Class as company execs believe it doesn’t have a viable business case. It would have to boast a body-on-frame chassis, and with BMW not wanting to go down the badge-engineering route, it would be too expensive to develop from scratch.