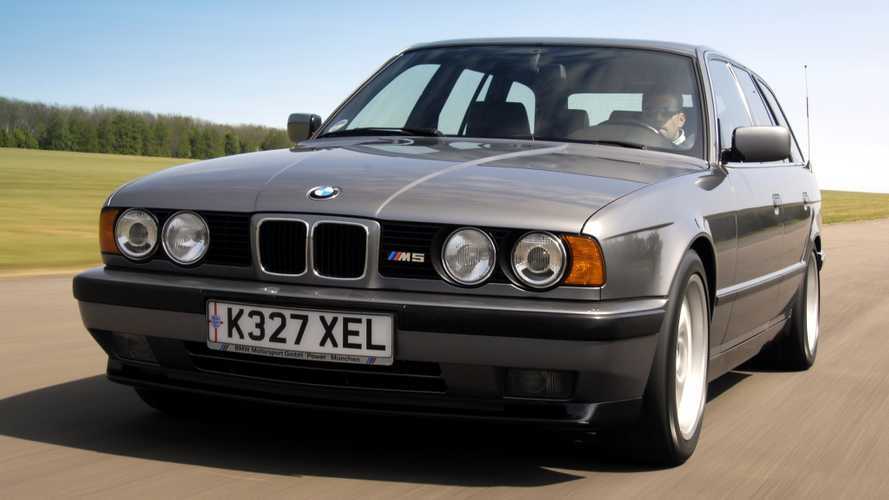 It was a one-off test vehicle, and we so want to drive it.

Automakers build test vehicles and crazy one-off creations all the time. In early 2019 we talked about a Ford Transit Connect infused with the 212-bhp powertrain from a first-generation Focus RS. There’s the infamous W12-powered VW Golf built several years ago, and those are just a couple factory-backed creations we know about. There are also the crazy test mule stories, like the short-lived (and terrifically boring) Ford Five Hundred saloon for the U.S. market fitted with a V8 sourced from the Volvo XC90. We can neither confirm nor deny personal experience with such things.

One thing we can confirm – at least according to the Collecting Cars podcast featured above with current Top Gear presenter Chris Harris – is a V12-powered BMW E34 M5 Estate. Motor Authority tipped us off to this quick-but-notable mention in the podcast, which features former McLaren Director David Clark talking about the epic F1 supercar from the 1990s. Every proper gearhead knows about the McLaren’s BMW-sourced V12, displacing 6.1 litres and producing a naturally aspirated 618 bhp. That’s an impressive figure today, so you can imagine the jaw-dropping impact this epic engine had 25 years ago.

Engine swaps of an unofficial nature:

Crazy Lada V8 engine swap is everything we love about Russia

As with all automotive endeavours involving production cars, testing needed to be done. The engine was loosely related to BMW’s first road-going V12, which back in the day powered range-topping trims of the E32 7 Series and the first-generation E31 8 Series. Why engineers didn’t fit the experimental mill into one of those cars is a mystery, though if you really want to fly under the radar, nothing beats a whopping big engine shoehorned into the slab sides of a family-friendly estate.

Crazy Mazda RX-8 with a Cummins diesel swap angers everyone

Sadly, such prototypes often wind up getting crushed to make sure they don’t end up in public hands. During the podcast, however, Clark said the test vehicle is still alive and living a quiet life in BMW’s collection of crazy prototypes, far from the public eye.

That’s a collection we’d very much like to see.