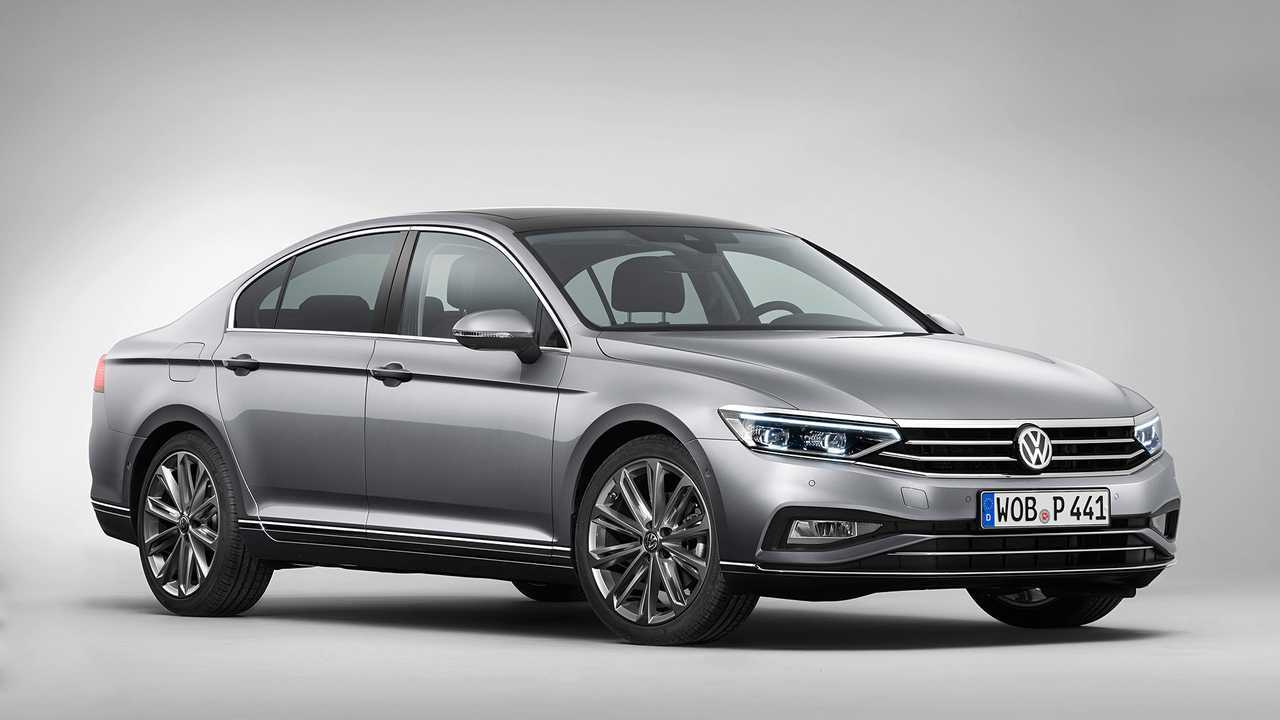 But the newcomer will be offered in cheaper guides soon.

Volkswagen's revamped Passat saloon has gone on sale with prices starting at £27,630, although that is set to fall as more models become available.

More on the new Passat:

VW Passat is now the best-selling midsize car ever

The facelifted Mondeo rival, which was revealed earlier this year, comes with light styling tweaks and new headlights, while the cabin has also been updated. As before, it will be offered in both four-door saloon and five-door estate forms.

But the entry-level model is the SE saloon, which comes with 17-inch alloy wheels, a 6.5-inch touchscreen infotainment system and the Android Auto and Apple CarPlay smartphone connectivity systems. LED headlights come as standard, too. At launch, the cheapest Passat will come with a 1.6-litre, 118 bhp diesel engine and a seven speed automatic gearbox, although that will change when the cheaper 1.5-litre, 148 bhp petrol engine arrives "in the coming weeks".

Further up the range, the SEL model will also come with 17-inch alloys, but it adds leather upholstery and eight-inch colour touchscreen. The estate, meanwhile, will get the same black roof rails as the SE, but adds tinted rear windows to the mix. The SEL get more choice of engines, too, with the basic 1.6-litre diesel complemented by a 188 bhp 2-litre diesel and a similarly powerful 2-litre petrol engine. The 1.6 diesel is the cheapest of the three, at £29,430, while the 2-litre petrol and diesel engines come in at £30,270 and £32,270 respectively.

Climbing further still, the R-Line is the pinnacle of the saloon range. Marked out by its 18-inch alloy wheels, sports suspension and sports body kit, the car also gets three-zone climate control, keyless entry and race-inspired stainless steel pedals. Only 2-litre engines are available, with the 'entry' version being the 188 bhp petrol. That unit, which comes with a list price of £33,070, is complemented by two 2-litre diesel engines - the 188 bhp version, which is also offered with four-wheel drive, and the high-end 237 bhp unit.

The other Passat variants are all estates, including the top-of-the range R-Line Edition. Priced from £43,350, it comes with a choice of the 237 bhp diesel engine or a 268 bhp 2-litre petrol. But you don't just get more power for your money. The R-Line Edition also comes with larger 19-inch alloy wheels, Dynamic Chassis Control that allows the driver to set the car up according to their preferences, and a larger 9.2-inch touchscreen.

There's an off-road-centric Alltrack version, too, with raised suspension, four-wheel drive and plastic cladding. Although it comes with cloth upholstery, it gets the mid-range eight-inch touchscreen, and the £39,185 asking price includes the 188 bhp diesel engine.

Further models will be added to the Passat range over the coming months, with a plug-in hybrid GTE model promised and new engines arriving shortly. The first customer deliveries will begin in August.