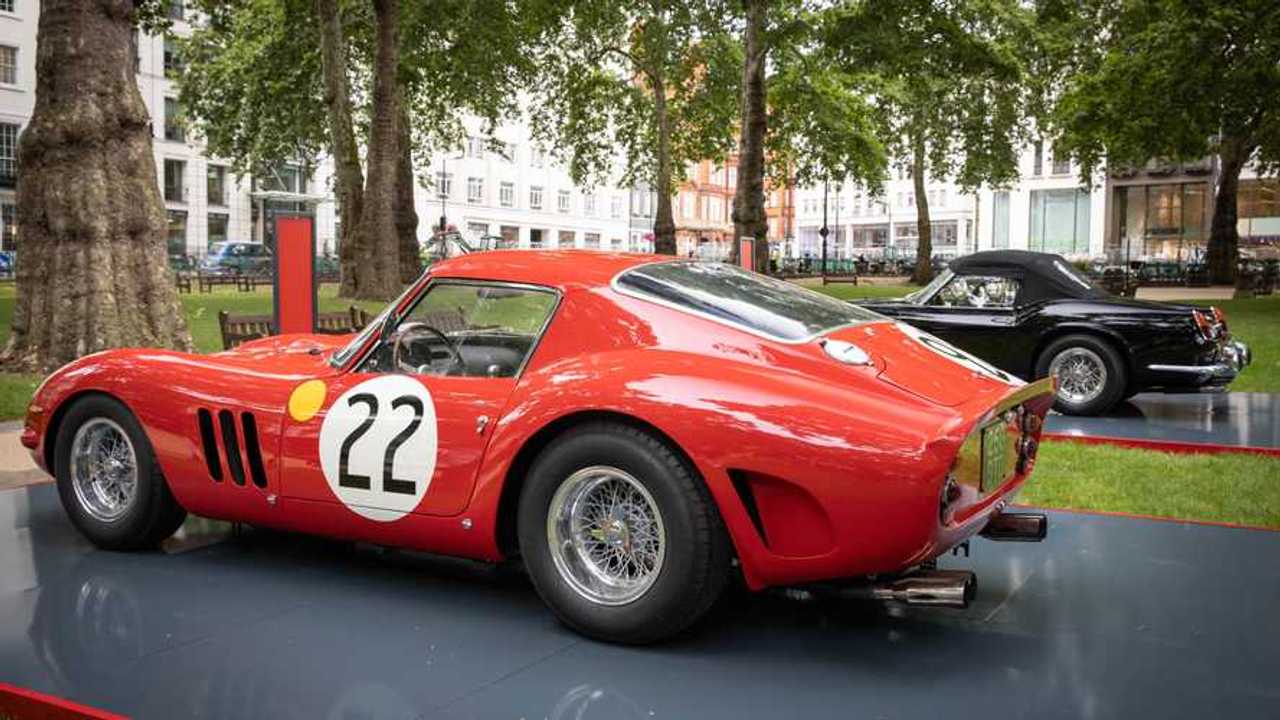 Four of the brand's greatest hits are on show this week.

H.R. Owen is marking the opening of its new flagship London Ferrari dealership with a display of some of the brand's rarest cars on the lawns of Berkeley Square Gardens.

The priceless collection will be on show from Tuesday 09 July until Thursday 11 July, and features four Prancing Horse machines that rarely see the light of day.

Ferrari is taking a trio of one-offs to Goodwood
⠀

The 750 Monza prototype made its debut at its namesake track in 1954. It was a dream debut for the race, with it claiming both first and second on the road.

Despite being 65-years-old, the 750 Monza features some impressive tech for the time, with an engine based on a development of the four-cylinder Type 555 with a twin overhead camshaft and decent horsepower and torque figures.

The car, which also won the 1954 Tourist Trophy, was enveloped in a Dino Ferrari-designed body crafted by Scaglietti, the iconic coachbuilder.

No matter whether it's the Long Wheelbase (LWB) model, built between 1958-1960, or the Short Wheelbase (SWB) model built between 1960-1962, there's no denying that the 250 California Spider is among the most beautiful cars ever made.

The car was the brainchild of Ferrari's West Coast representative John Von Neumann, who convinced the company's US importer Luigi Chinetti and Enzo Ferrari that an open-top 250 GT for the Californian sun was a good idea.

All-in-all, 106 were built, with nine of them being highly sought-after aluminium-bodied cars. The one on display is a 250 GT SWB formerly owned by James Coburn and Chris Evans.

It came at a time where Ferrari was starting to take a mid-engined route for its GT racing cars. Nevertheless, it proved to still be remarkably competitive.

Nowadays it's best known for its eye-watering pricetag at auction. The one on display has come straight from the Goodwood Festival of Speed, is owned by Pink Floyd drummer Nick Mason, and is valued at at least £60 million.

A present-day rarity – the Monza SP1 is a tribute to the Ferrari barchetta racers of old.

Barchettas (meaning 'little boat') differed from Spiders in that they had no windscreen as well as lacking a roof.

The SP1 is based on a front-engined, V12 Ferrari – this time the 812 Superfast and is one of two 'speedster' Ferraris unveiled last year and is the single-seater variant. It is part of Ferrari's 'Icona' series, which is a collection of cars built in tiny numbers celebrating its greatest hits.