Money will pay for development of several charging point-related projects.

The government is set to invest some £37 million in electric car charging infrastructure, the Department of Transport has confirmed.

No fewer than 12 separate projects will share the cash, which will fund developments in wireless charging, underground charging systems and even solar-powered forecourts. Other projects include the installation of charging points in car parks and a smart charging system that uses Virgin Media’s infrastructure to “better share information online”, such as data surrounding charging progress and parking spaces. 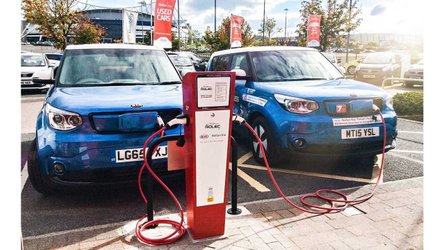 Rolec supplied over 1,000 charging stations for Kia in UK 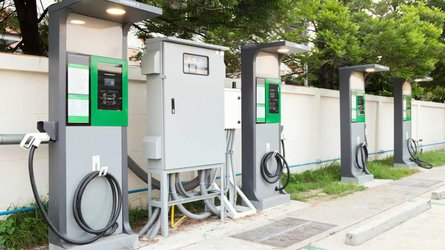 The investment will also back a new energy storage system, which will allow semi-rapid charging using a low power grid connection. By doing so, the system will reduce the need for costly substation upgrades that would otherwise be necessary to provide the required amount of electricity. All the projects have already completed successful three-month feasibility studies.

Michael Ellis, MP for Northampton North and Minister of State for Transport, said the investment would “transform” electric vehicle ownership and make the proposition more enticing for drivers.

“We’re charging up the transport revolution and investing in technologies to transform the experience for electric vehicle drivers,” he said. “Ensuring the charging infrastructure for electric vehicles is reliable and innovative is encouraging more people to join the record numbers of ultra-low emission vehicle users already on UK roads.”

One of the key projects - the installation of wireless charging systems in residential streets - is being run by electric car charging firm Char.gy. The £2.3 million the company receives will pay for the development of wireless charging infrastructure that can be placed in the road, allowing parked cars to charge without the need for trailing cables and additional infrastructure.

“Our consortium is delighted to be funded to demonstrate induction charging on residential streets in Milton Keynes, the London Borough of Redbridge and Buckinghamshire County. We are excited to show that our ability to retrofit to existing electric vehicles and enable several parking bays per lamp column without the need for cables will accelerate the uptake of electric vehicles.”

The project to install pop-up underground charging infrastructure, meanwhile, is under the control of smart city consultancy Urban Foresight, pop-up charging firm Urban Electric, and their partners. The organisations will use their £3 million funding to build charging points into pavements in Dundee and Plymouth, providing discreet charging for those without a driveway.

“Together with our partners, we look forward to demonstrating Urban Electric’s pop-up charging hubs in Dundee and Plymouth, and to bringing residential on-street charging for the 50 percent of people that park on-street at night in cities one step closer to reality,” said Urban Electric’s co-founder, Keith Johnston.