Who needs drift mode on a front-wheel-drive car when you have a good ol' handbrake?

The 2019 Goodwood Festival of Speed is now over, and what better way to round off the four-day action-packed event if not with a hilarious drive up the hill? In the hands of talented F1 driver Daniel Ricciardo, this Renault Megane RS Trophy-R was far from beating the VW I.D.’s outright record of 39.9 seconds. There’s a perfectly good reason why the hot hatch looks like it’s shaking on the damp tarmac as the Renault F1 Team driver completed the hill climb with the handbrake lever in the upright position for most of the time.

The Mercedes-AMG A45 S might have a dedicated drift mode thanks to its intricate 4Matic+ system enabling tail-happy adventures, but what it doesn’t have is the Megane RS Trophy-R’s conventional handbrake lever. Proving once and for all that with enough skills you can drift a front-wheel-drive car, the 30-year-old Australian driver put on quite a show during his rather lengthy lap of the Goodwood hillclimb.

Proudly carrying the Nürburgring lap time livery just so you don’t forget it’s the fastest production FWD car at the Green Hell, the Renault Megane RS Trophy-R surely didn’t impress with its speed. On the flip side, the car’s slow pace gave people more time to check out what was written right below the side windows, specifically the ‘Ring lap record achieved in 7 minutes and 40.1 seconds.

Yes, it’s all a bit pointless and most likely the car’s hardware was put under a lot of stress, but we think it’s a neat idea to further increase the car’s exposure. Daniel Ricciardo makes the whole thing look easy, but it takes some serious skills to do that with a front-wheel-drive car that has so much power under its bonnet.

You won’t be running into a Megane RS Trophy-R in Europe that often since Renault wants to keep it exclusive by making only 500 cars, complete with optional carbon fibre wheels. The regular Megane might be a family car through and through regardless if it’s the hatchback, saloon or estate, but this manual-only Lord of the FWD ‘Ring is strictly a two-seater affair.

You might have missed these from the Goodwood FoS: 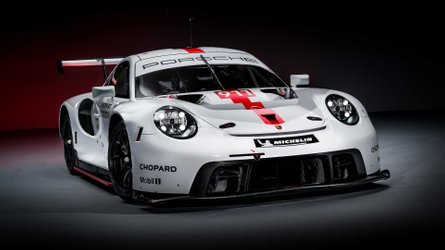 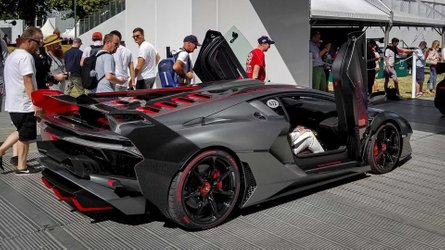 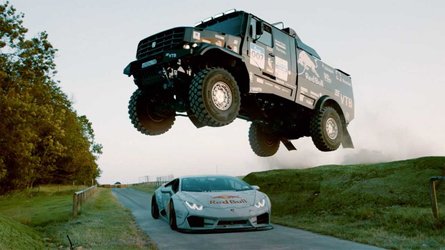 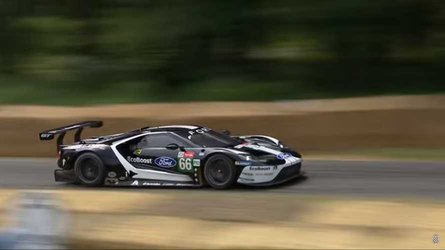