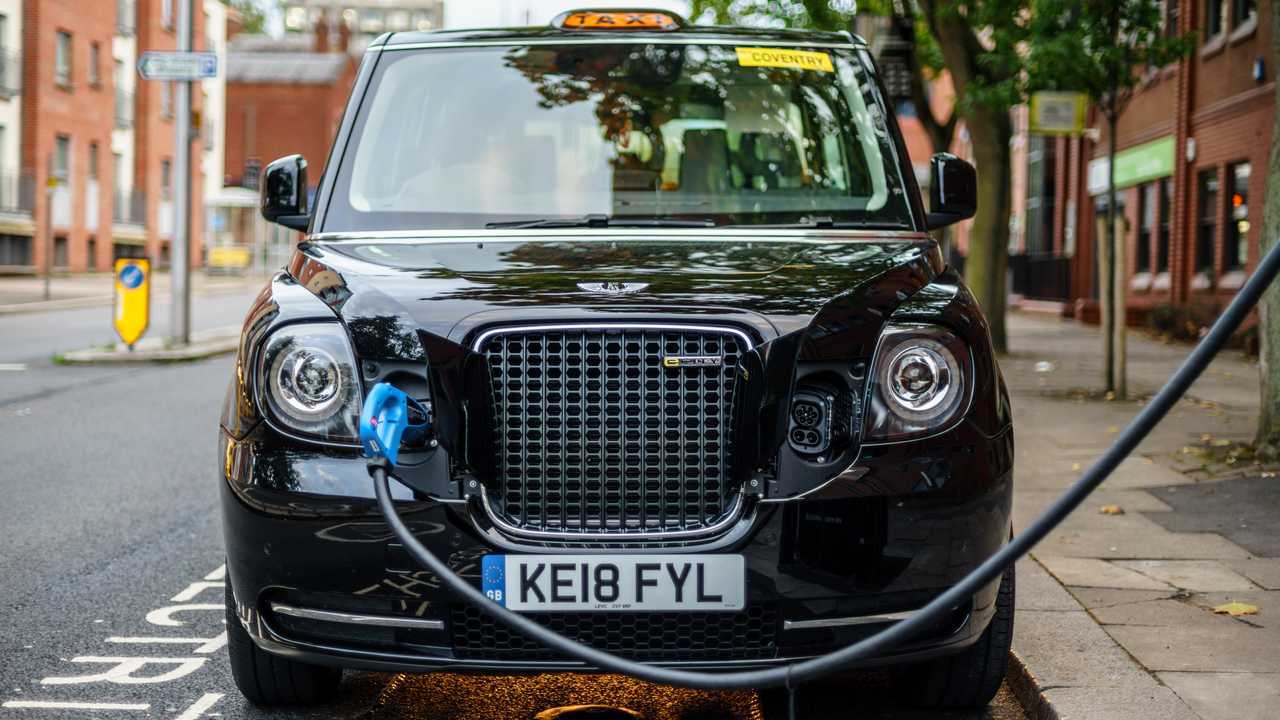 Move will save cabbies buying the LEVC TX electric taxi some £320 a year.

The government is cutting road tax for electric taxis in a bid to increase uptake and improve air quality, the Department for Transport (DfT) has announced.

More on government schemes to increase use of electric taxis:

Until now, cabbies buying the new London Electric Vehicle Company (LEVC) electric taxi have had to pay the “premium rate” of Vehicle Excise Duty (VED), more commonly known as road tax. The premium rate, which sees vehicles that cost more than £40,000 when new incur an extra £320 a year in VED for the first five years of their lives, meant anyone buying the low-emission taxi after April 1 would have done so knowing they would pay £320 in VED in the first year. And because the vehicle has a petrol-powered range extender, owners would still have to pay the £145 VED rate for vehicles with engines, bringing the total to £465 a year from the second year until the fifth year.

Now, though, the government says it will make electric taxis exempt from the £320 premium rate, bringing the total for the LEVC taxi down to just £145 a year. And when the Dynamo Motor Company brings out its pure-electric taxi, buyers will not pay any road tax at all.

The decision is intended to cut costs for taxi drivers and companies that choose zero-emission-capable taxis over more polluting alternatives, and follows a range of other measures designed to increase uptake of the more eco-friendly vehicles. The government has already given councils more than £20 million to install charging points for taxis, while a grant cuts the vehicles’ asking prices by up to £7,500.

Michael Ellis, Minister of State for Transport and MP for Northampton North, said the latest move was motivated by the government’s desire to improve air quality.

“The government’s ambition is for the UK to be the best place in the world to build and own an electric vehicle, as the country moves at pace towards net zero [emissions],” he said. “Taxis are an iconic feature of our streets and by introducing financial incentives for the most environmentally friendly taxis and improving air quality in city centres, we are proudly putting our money where our mouth is.”

The move was lauded by Transport for London (TfL), which is responsible for London’s transport network. The organisation’s director of licensing, regulation and charging, Helen Chapman, said the decision would help taxi drivers get into low-emission vehicles.

“We know that cleaning up the black cab fleet is key to improving the capital’s toxic air,” she said. “We welcome this change in the legislation covering Vehicle Excise Duty, which will help to further accelerate the number of cabbies joining the electric revolution by significantly reducing their annual running costs.”