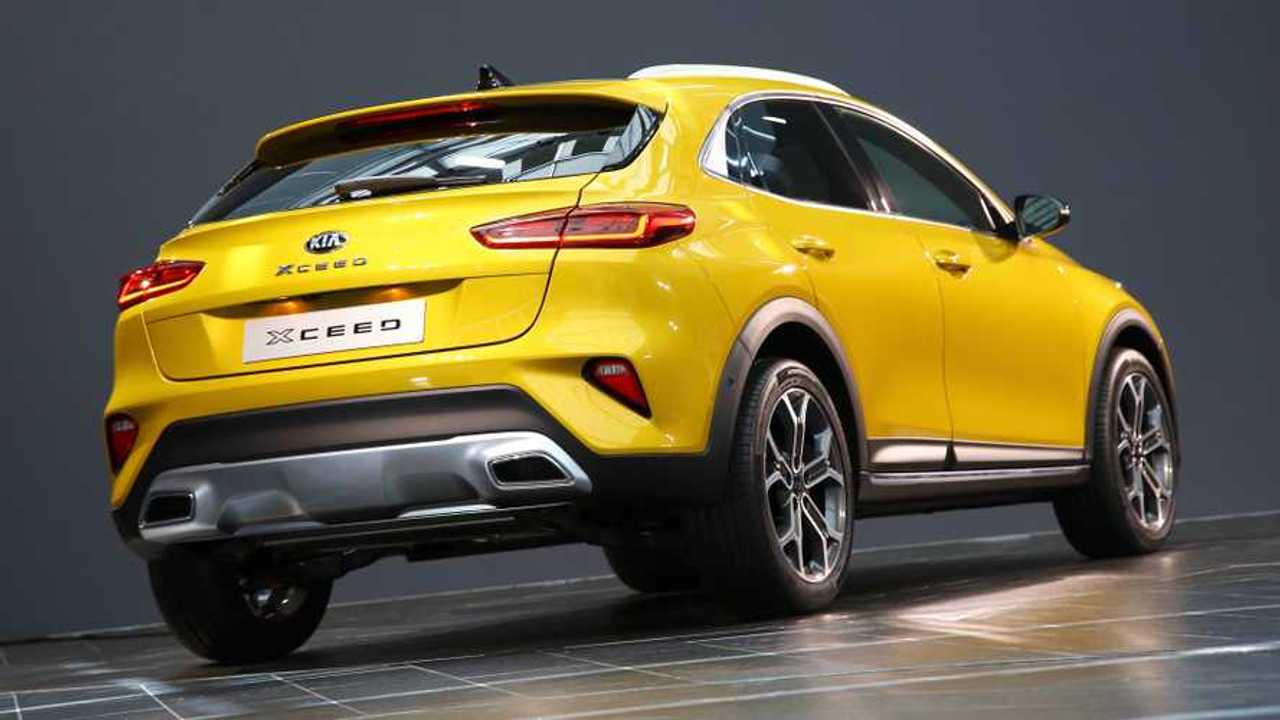 New compact SUV sits between the Ceed and Sportage in Kia's range.

Kia's new XCeed compact SUV is now available to order with prices starting at a little under £21,000.

The car, which Kia calls an "urban crossover", slots in between the Ceed and Sportage in the South Korean manufacturer's range, providing a halfway house between the family hatchback and the mid-size SUV. Although it uses the same platform as the Ceed, the newcomer is longer and taller than the standard hatchback, with greater ground clearance and a more rakish roofline.

In return for the £20,790 asking price, Kia will sell you the entry-level '2' model (no, we don't know what happened to '1', either) with the basic 1-litre, 118 bhp turbocharged petrol engine. Standard equipment includes 16-inch alloy wheels and LED headlights, as well as an eight-inch touchscreen fitted with a reversing camera and the Android Auto and Apple CarPlay smartphone connectivity systems.

Safety kit is included, too, in the shape of an autonomous braking system that will slam on the anchors if it senses an impending crash, and lane keeping assistance that gently steers back into the lane if the car starts to wander across the white line. A six-speed manual gearbox is the only transmission available, although customers can spend an extra £1,250 to pair it with the more economical 114 bhp diesel engine.

Alternatively, customers can spend their money on the mid-range '3' model. Priced at £23,295, the higher-spec car gets 18-inch alloy wheels, a 10.25-inch touchscreen with satellite navigation and two-zone climate control. Keyless entry and start is included, too, alongside faux-leather and cloth upholstery. As with the ‘2’, the basic engine is the 118 bhp 1-litre petrol, but otherwise the range is somewhat different. There’s also a 1.4-litre petrol engine on offer, providing 138 bhp and the option of upgrading to a seven-speed automatic gearbox. The diesel option, meanwhile, is still a 1.6-litre unit, but it gets an extra 20 bhp, bringing the total to 134 bhp.

Further up the range is the ‘First Edition’ version, which comes with pretty much every toy possible. This high-spec variant gets top-end paint colours thrown in as standard, along with a panoramic sunroof, an electrically adjusted driving seat with memory settings and a 12.3-inch digital screen in lieu of traditional instruments. There’s also a top-of-the-range JBL sound system, plus a power-operated tailgate and model-specific yellow detailing on the upholstery.

But while the ‘2’ and ‘3’ models get a choice of engines, the First Edition’s range is limited to the 1.4-litre petrol engine. You do get the option of manual or automatic gearboxes, though, with the former costing £28,095 and the latter commanding a £1,100 premium. The first XCeeds will arrive in the UK in September.