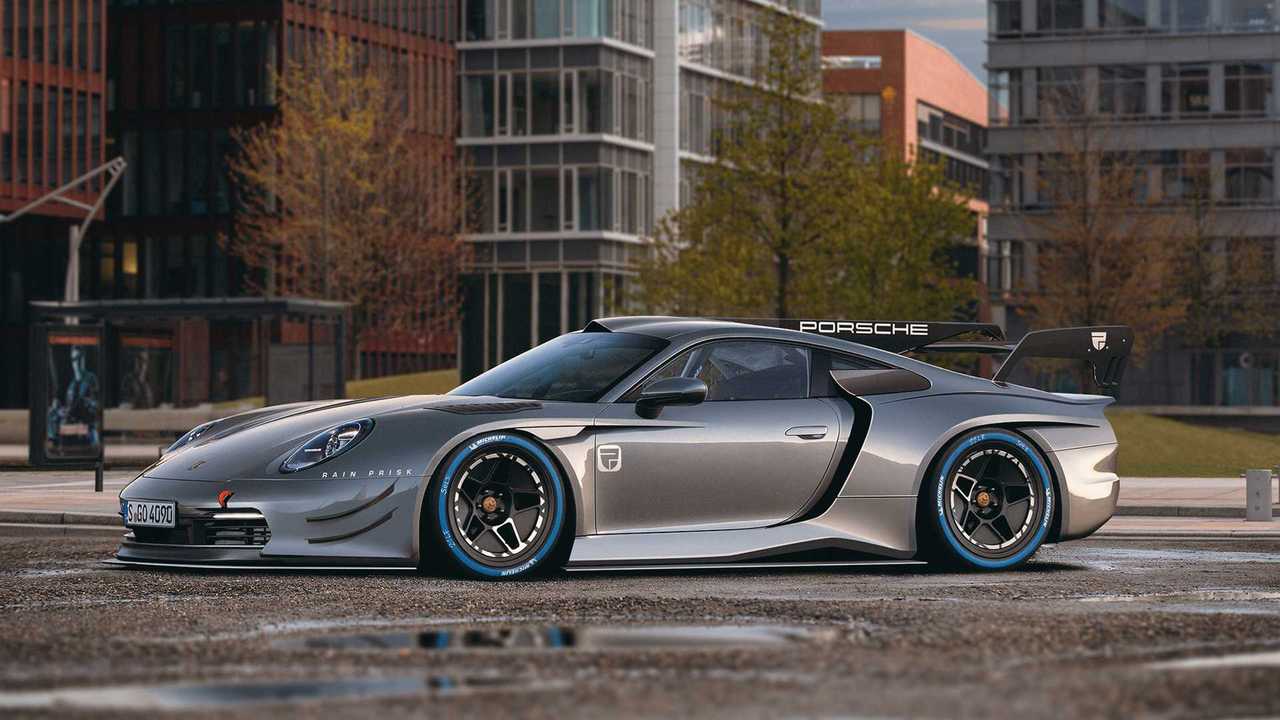 There’s much to love about the new 992-era of the Porsche 911. The lines are smoother, the bodywork is voluptuous, and it all comes together to create a deliciously retro vibe that still looks and feels properly modern. Rain Prisk on Facebook embraced the rear-engined supercar and recently created this amazing rendering of how the latest generation might look as a race-ready GT1 model. And yeah, it’s simply gorgeous.

It’s been a while since we’ve seen the designer’s work, but it was well worth the wait. The long, relatively flat nose and steeply raked windscreen are a perfect match for the sweeping shape of a GT1 racer. Rather than simply adding flared wings for a widebody conversion, this interpretation exaggerates the widened haunches with flush bodywork that stretches horizontally at both front and rear wheel openings. Combined with the centre spine that connects to the massive wing, the racer looks like it’s already moving at triple-digit speeds while sitting still.

Some of the designer's other wild ideas:

Bugatti Divo still looks fabulous with engine in the front

The design draws no small amount of inspiration from the classic 911 GT1 Evo from 1997. To meet homologation requirements, Porsche ultimately built 25 street-legal models called the GT1 Straussenversion, though both the road-legal and dedicated race cars differed greatly from the actual 911. For starters, the flat-six engine was in the middle as opposed to the rear. In fact, the only things shared between the 911 GT1 and a standard 911 of the day were the headlights and taillights. As for the engine, it was a 600-bhp monster in race trim and detuned only slightly to 536 bhp.

This rendering looks far more production-based, which is a testament to the sleek shape of the new 911. And with the forthcoming 911 Turbo projected to already make 600 bhp in street trim, motivating a new GT1 shouldn’t be any problem at all. What say you, Porsche? Ready to go racing?