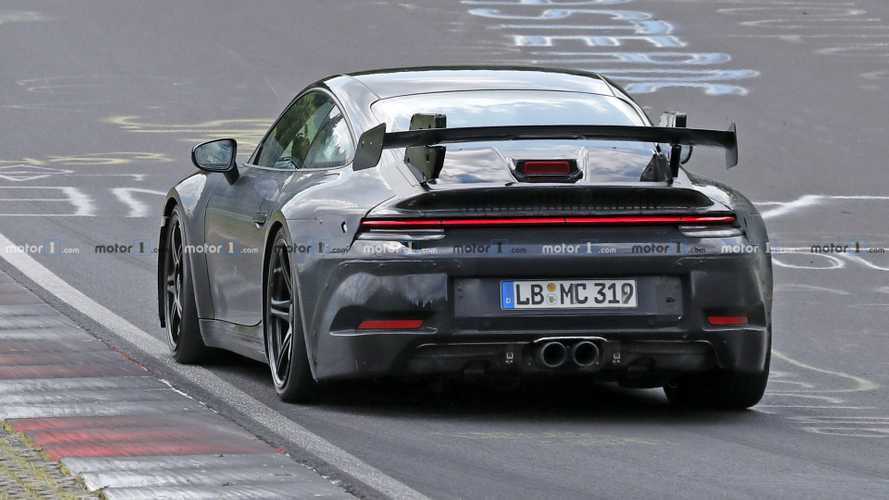 The prototype looks a little rough around the edges.

Porsche is just getting started with its 992-gen 911 rollout as more and more derivatives are on their way. One of them will be the track-focused GT3, which was recently caught by our spies in its natural habitat at the Nürburgring. Far from being a production-ready prototype, the test vehicle was wearing some clever camo to hide its actual bodywork, even though at a first glance the car might look virtually undisguised.

Without a shadow of a doubt, it’s the massive wing at the back that catches most of the attention. Specifically, the mounting brackets are unusually large and thick, but that might be a plastic casing serving as a disguise to conceal the car’s final setup. The coupe also appears to be featuring a spoiler lip, while the rear bumper’s diffuser is missing. The third brake light seems like an afterthought, but that’s because it’s not integrated into the wing as it will probably be on the production model. 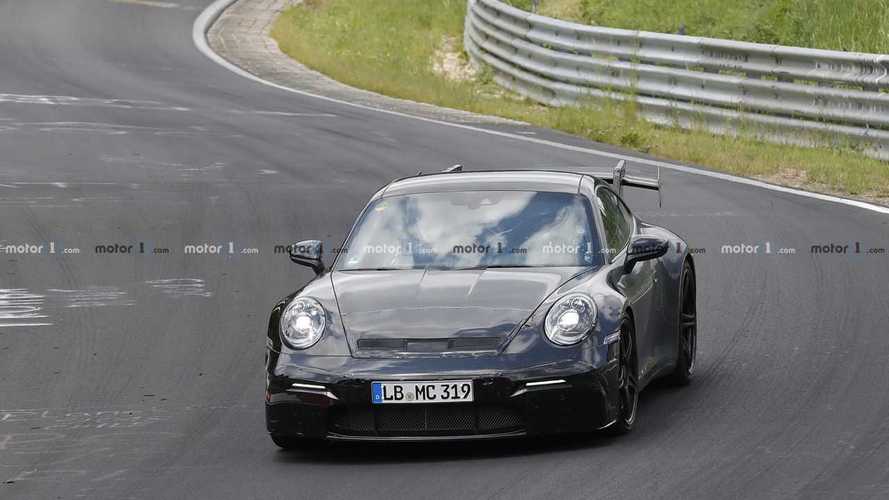 More camouflage is noticeable at the front and on the headlights where fake stickers do a good job at masking the clusters, although we’re not expecting them to be different than those of already revealed 992 models. The bumper hides its beefy air intakes under the black tape, and on the inside, there’s a roll cage behind the seats.

If you’re not a fan of the large wing, a Touring Pack is likely in the works with a simplified derrière featuring a retractable spoiler instead of the look-at-me setup. It has already been spied not just as a coupe, but also as a convertible if that wingless, droptop 911 prototype with the typical GT3 exhausts was actually that.

Purists can take comfort from knowing Porsche won’t electrify its GT cars, so the next iteration of the 911 GT3 will feature a conventional powertrain. The vehicle’s heart is expected to be a naturally aspirated flat-six 4.0-litre inherited from the 991.2-gen 911 Speedster. After all, GT boss Andreas Preuninger told Autocar the company has invested in this mill and it “would be stupid not to re-use the engine somewhere.”

There’s a good chance the next-gen 911 GT3 is next in line to get the engine, although Porsche hasn’t said a word about when it will introduce the track toy.