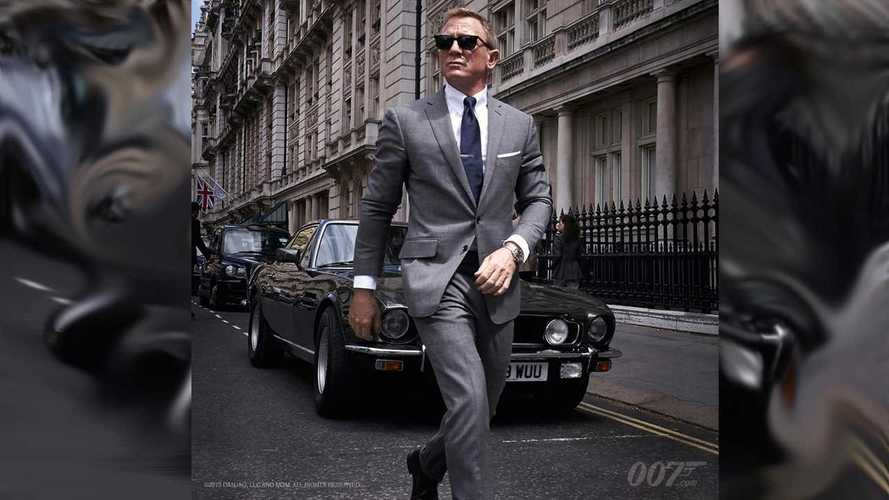 An Aston Martin Valhalla will appear in the new film, too.

James Bond's classic Aston Martin Series II V8 Vantage will apparently make a significant appearance in the super spy's upcoming 25th film. The coupe already shows up in a lot of the movie's promotional material, including this new tweet of the car posing behind star Daniel Craig.

Bond has had a close association with Aston Martins for decades, and he got behind the wheel of a V8 Vantage previously in the 1987 movie The Living Daylights where Timothy Dalton played 007. The V8 Vantage joined the range in 1977 as a hotter version of the Aston Martin V8. Initial versions made 390 bhp from a 5.3-litre V8, but an option pack in 1986 was able to boost the output to 402 bhp.

The short video in the tweet below offers a chance to see Bond's Aston Martin on the move.

In addition to the V8 Vantage, the new Aston Martin Valhalla mid-engined supercar also makes an appearance in the 25th James Bond film. Recent photos from the set show the spy's famous DB5 making a cameo in the movie, too.

Is James Bond reviving another classic in the upcoming film?

According to IMDB, the plot of the new film opens with Bond no longer in active service as a spy, but a friend from the CIA asks for help to chase a villain with "dangerous new technology." The cast list hints that Bohemian Rhapsody star Rami Malek might be playing the bad guy. The release date in the United Kingdom is currently scheduled for 3 April, 2020, so there are going to be plenty more opportunities to see what Bond is driving.