It gets to 124 mph quicker than the average hatchback reaches 60.

The Mercedes-AMG GT 63 S is fast. In stock trim, the four-door packs no less than 630 bhp from its twin-turbocharged 4.0-litre V8 engine. That’s enough gumption to send the not a saloon saloon to 62 mph in 3.1 seconds, according to Mercedes proper. Since its debut last year, the 63 S has become something of a favourite for auto outlets and YouTubers to wring out, simply because it’s rather bonkers to see that kind of straight-line performance in what amounts to an otherwise practical family vehicle. 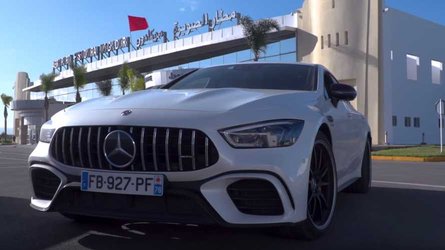 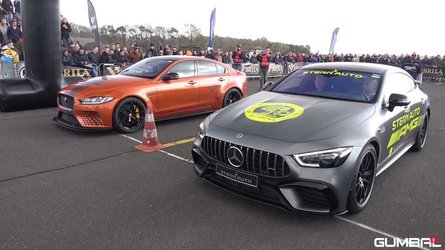 This particular AMG GT 63 S isn’t stock, however. It’s been massaged by German tuning company Performmaster, and though we don’t know all the specific changes made, the video at the top of this article tells us the engine now makes no less than 730 bhp. That’s obviously quite a jump over stock, and yes, that results in a bit of extra thrust off the line. It really is just a bit, however – the telemetry for this sprint returns a 0-62 time of 3.0 seconds dead, which is only a tenth of a second better than what Mercedes-Benz advertises.

That’s not to say this isn’t impressive for any car, never mind one with four doors, five seats, and a hatch that opens to accommodate cargo. However, you really see the extra power in the sprint to 200 km/h (124 mph) which takes just 9.9 seconds. Back in December we watched a stock GT 63 S do the same run in 11.24 seconds, and while some argument can be made for differences in traction and atmospheric conditions, that won’t account for nearly a 1.5-second advantage. If these two runs were held side-by-side, this blue bomber would be car lengths ahead.

Unfortunately, the video concludes with the 0-200 km/h jaunt, but it definitely makes us want to see more modded Mercs tackling full-on speed runs.