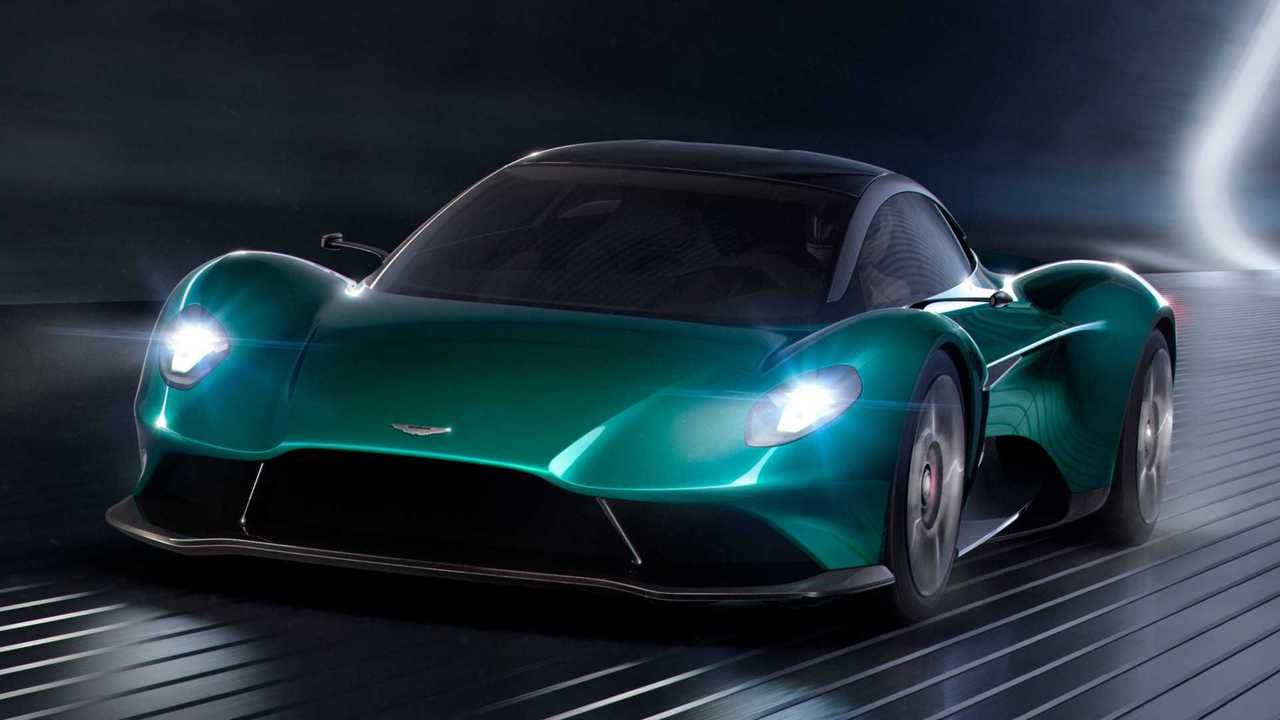 It's potentially the seven-speed, dog-leg unit from the new  Vantage AMR.

The next-gen Aston Martin Vanquish makes the big switch to a mid-engined layout, but buyers can at least still get a manual transmission, according to company boss Andy Palmer speaking to the Australian site Car Sales.

"I've already made a commitment that I want to be the last manufacturer in the world to offer manual sports cars and I want to honour that commitment," Palmer told Car Sales.

The manual gearbox for the Vanquish remains a mystery, but the most likely candidate is the seven-speed unit from the Vantage AMR. The transmission uses a motorsport-inspired dog-leg layout that positions first gear where you would often find reverse in a traditional manual setup. The idea, at least on the track, is to position the most-used gears in a more accessible place, since first is really only necessary for setting off from a stop. Aston's gearbox also has a driver-selectable AMSHIFT system that automatically blips the throttle on downshifts like a human would doing a heel-toe maneuver. As a further bit of tech, the gearbox allows for full-throttle, no-lift upshifts.

The new Vanquish should arrive in 2022. It reportedly uses a similar twin-turbocharged V6 with hybrid assistance as the upcoming Valhalla. However, don't expect the Vanquish to have anything close to the Valhalla's alleged 1,000-bhp output. Aston Martin intends the new Vanquish to compete against the Ferrari F8 Tributo and McLaren 720S, so expect the power rating to be in their 710-bhp to 720-bhp range.

Aston Martin already says that higher-performance AMR and droptop Volante versions of the new Vanquish are on the way after the standard coupe's 2022 debut. Specific timeframes for their unveiling aren't yet clear.