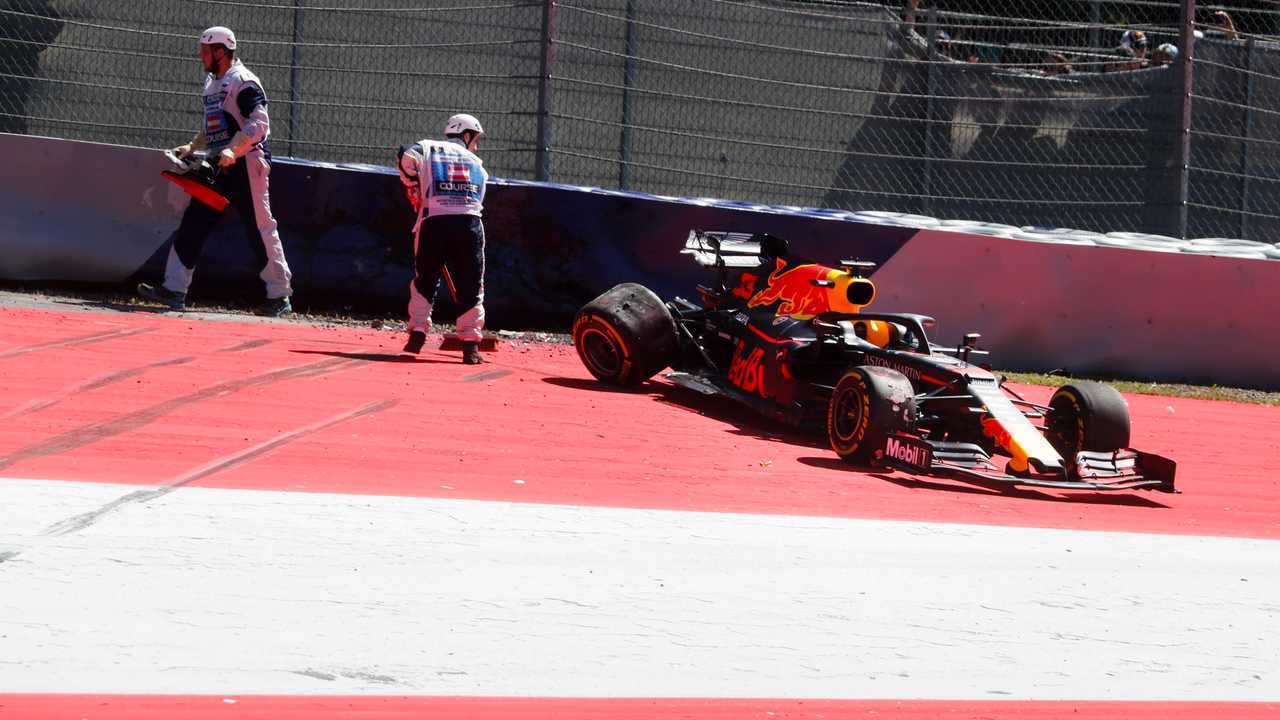 Max Verstappen blamed the gusty conditions on Friday for his session-stopping crash in second practice for the Austrian Grand Prix.

The Red Bull driver was caught out by the wind at the final corner, and was pitched around and backwards into the barriers – badly damaging the rear of the car.

Verstappen said afterwards that it was not the first time he had been caught out, as he had been grumbling over the team radio beforehand about the conditions.

"I was already complaining all my laps about the wind," said the Dutchman. "It had been really tricky, and some places I was losing the rear.

"I got into that corner and then suddenly you can see on the data that the rear turned around. This year, the cars in general are more sensitive to the wind, as you can also see with Valtteri [Bottas] who at one point just lost it.

"A crash can happen unfortunately. But maybe it is a good thing because they will take the whole car apart and I will get some new parts."

While Verstappen's crash meant he was unable to improve on his laptime to end up ninth fastest in the afternoon, he was far from unhappy with his initial feel of the car.

"It was in general when I look with myself, I was happy with my car," he said. "That is where I focus on, and it has been alright. We still have a lot of work to do. It can always be better in terms of balance and we will find out tomorrow."

Pierre Gasly had a more encouraging day, as he ended up third quickest overall – just ahead of world championship leader Lewis Hamilton.

The Frenchman, who is coming off the back of a disappointing French Grand Prix, was upbeat about how he had hit the ground running on Friday.

"I think it was quite good," he said. "From this morning in FP1 I felt quite good with the car. I managed to do what I wanted to do, and this was positive.

"In FP2, it was still the same. We looked good on the fastest times but I think there's more performance to get out of the package and we [are] still four tenths off of the Ferrari so we'll try to push, and I'm sure we have a bit more time to come tomorrow. I think there's more work."