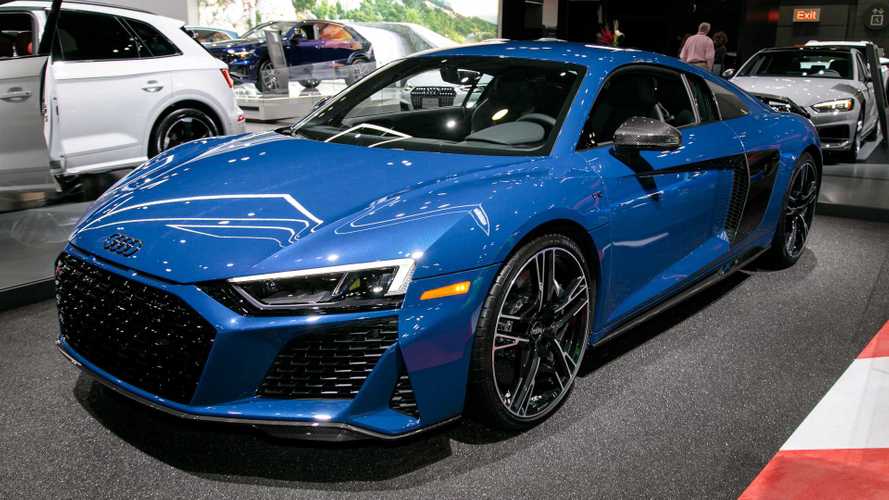 Could there be a light at the end of the tunnel?

The future of the R8 is still up in the air as Audi hasn’t quite decided yet what to do with its flagship sports car. It might ditch the combustion to go fully electric like the ill-fated, million-dollar R8 E-Tron or it might be dropped altogether without a direct successor to take its place in the lineup. Now, it looks like there’s also a third scenario they’re considering as the go-faster Audi Sport division has expressed its interest to keep the glorious V10 alive for the supercar’s third gen.

In an interview with Autocar, the division’s managing director, Oliver Hoffmann, said they’re doing the best they can to convince the execs to retain the high-revving 5.2-litre for the R8:

“We are fighting for the V10, but [for the next-generation] it’s more or less a question of ICE or electrification, and which kind of engine is useful for it.”

Before you get your hopes up too high, emissions laws are getting stricter and stricter in Europe, combined with the fact that the supercar is a low-volume product, it might not be worth the effort to retain the old-school engine.

V10 or not, the next iteration of the R8 is allegedly slated to arrive in 2022 and there is somewhat of a chance there will be a 5.2 FSI variant as a limited-run special edition sold alongside the regular electric model. With Lamborghini expected to retain the engine for the Huracan’s successor, it means the Volkswagen Group won’t be giving up on the engine in the foreseeable future.

As a matter of fact, Hoffmann says Audi Sport and Lamborghini “are working very close” to share development costs. Since the R8 and Huracan (and the limited-run Italdesign Zerouno) have so much in common, their successors will likely once again share many of the hardware bits and pieces. The baby raging bull will allegedly electrify the V10 by making it part of a hybrid powertrain, so we won’t be too surprised if Audi will be doing the same.

Meanwhile, Hoffmann reiterated Audi Sport’s plan for more hardcore versions of the current R8, with one of them to be previewed next week at the Goodwood Festival of Speed by what Autocar says is a GT2-spec customer race car.