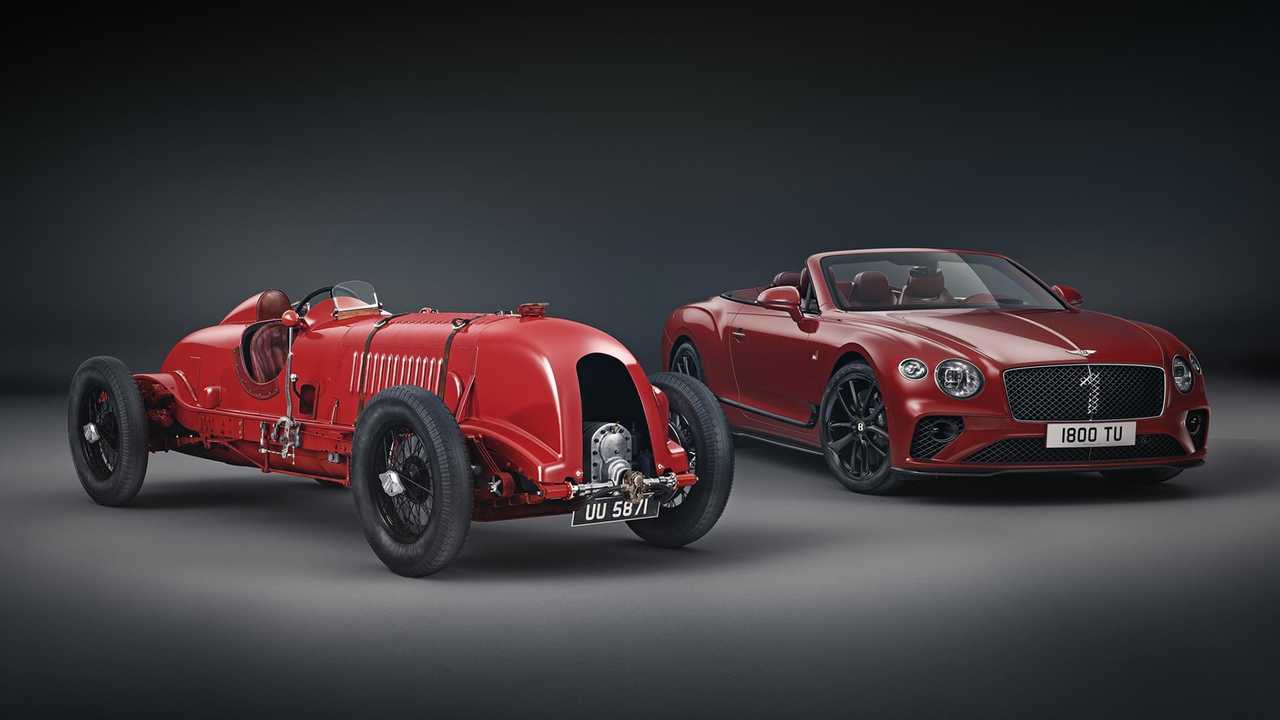 The Number 1 Edition features that historic car's red paintwork, but gets the modern W12 engine.

Bentley has revealed a new special edition of the Continental GT Convertible that pays homage to the famous ‘Blower’ Number 1 that set a Brooklands lap record.

More on the new Bentley Continental:

In 1932, Le Mans winner and ‘Bentley Boy’ Tom Birkin drove his supercharged Bentley at an average speed of 137 mph on Brooklands’ Outer Circuit - a record that stood for a further two years. Limited to a mere 100 examples, the Number 1 Edition by Mulliner is based on the W12-powered GT Convertible introduced this year, but it adds design features that evoke the old race car.

For one, there’s the paint, which is limited to a choice of just two colours - Dragon Red II and Beluga (black) - with a Claret or Beluga folding hood. Both also come with 18-carat gold plated fender badging, a painted number ‘1’ on the grille and a small “piece of history” - a miniature wheel centre cast from a piston of the original car - set into the rotating dashboard.

Other aspects setting the Number 1 Edition apart include the Black Line Specification, which imparts glossy black trim on the grille surround, side trims and window surrounds, and the Carbon Body Kit, adding a carbon-fibre front splitter and rear diffuser. Those choosing the red paintwork, meanwhile, will get 22-inch black alloy wheels, and those opting for black paint will get similarly sized red alloys.

Like other Continental GT Convertibles built in 2019, the newcomer will feature Bentley’s Centenary Specification, which includes Centenary badges and gold-trimmed ‘B’s on the wheel centres, as well as Centenary LED welcome lights, Centenary badging on the gear lever and steering wheel, and even a Centenary badge on the key-fob.

Inside, customers can choose between either Cricket Ball or Beluga as the main hide colour, while the seats and door pads come in Heritage hide, with a debossed Bentley logo on the headrests. The Grand Black wood veneer, meanwhile, is punctuated with 18-carat gold-plated organ stops, and there’s Alcantara trim on the steering wheel and gear lever.

Lower down, there’s a Jaeger clock with a Number 1 face, and the centre console features Engine Spin aluminium - a popular racing car and aviation finish in the 1920s and ‘30s due to the way it limited light reflection.

But unlike the old Blower, which used a 4.5-litre engine and a supercharger, the Continental uses the sale 6-litre W12 as the flagship model already on the roads. Producing 626 bhp with the help of two turbochargers, it sends its power to the road via an eight-speed twin-clutch automatic gearbox and a permanent four-wheel drive system that can move the power between the axles according to the driving mode. As a result, the Continental GT Convertible can race from 0-60 mph in 3.7 seconds, before hitting a top speed of 207 mph.