It’s more practical than the coupe.

While it’s thrilling the Toyota Supra is back, it’s longevity is uncertain. In today’s competitive automotive industry, niche models often struggle to find continuous sales success, returning for a few years before disappearing into the dustbin of history. Often, an automaker will stick iconic nameplates on a sacrilegious body style – ahem, Mitsubishi Eclipse Cross – to tap into core enthusiasts who may now have new mobility needs. Not even the Supra’s chief engineer is confident what the future holds for the Supra name; however, we have a peek at what that could be thanks to a new rendering from our colleagues at Kolesa.ru who imagined the Supra as a four-door saloon. And it doesn’t look terrible. 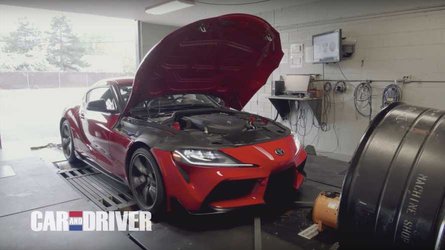 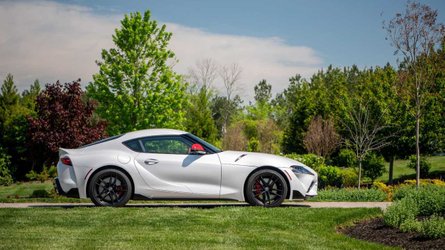 The additional two doors lengthen the Supra without destroying its svelte proportions. The back seats look small, especially with the sloping roof. And it does look a bit awkward from the rear three-quarter angle, though no car looks great from every perspective. With the additional two doors and seats, the Supra could be as long as the BMW 4 Series Gran Coupe. While that would undoubtedly detract hardcore purists, it would make the Supra more appealing to the masses.

The likelihood of a four-door Supra is small for now. Toyota discontinued the iconic model in the early 2000s, and ever since it partnered with Subaru for the Toyota GT86/Subaru BRZ collaboration, customers have been eager for a Supra successor. The built-in fan base will gobble the new Supra up, with its BMW-sourced turbocharged 3.0-litre inline-six engine making 335 bhp and 365 lb-ft of torque. However, sales could fall in a few years, forcing Toyota to take drastic measures to keep the nameplate alive.