The original SUV from Audi has gone through some big changes for its mid-cycle refresh.

Whenever an Audi goes through a facelift, we usually need one of the company’s designers by our side to point out the updates since it’s a bit tricky to identify all of them on our own. That being said, lately we’ve been seeing a different approach from Ingolstadt as the refresh for the A4 lineup has been surprisingly comprehensive, and this one too for the Q7 is also major.

“Taken to the next level” as Audi says, the large-and-in-charge SUV wears a revised singleframe grille shaped like an octagon and with six upright slats lending it an interesting look, although we’re sure not everyone will like it. These videos give us the opportunity to discover the 2020 Q7 in detail, such as its newly designed front bumper with different side air inlets, along with the swanky headlights optionally available with a matrix LED laser setup.

At the back, Audi has added a chrome strip that extends from one side of the tailgate to the other to give the illusion the Q7 is wider than before. Those fresh graphics for the LED taillights are in line with what we’ve seen on other recent models carrying the Four Rings, and the vehicle featured in these videos and photos has the S Line package to spice things up a bit.

Massive changes have been made inside where the high-tech setup consisting of two large touchscreens integrated into the centre console has been carried over from the Q8 flagship SUV. That means the tablet-styled MMI display is now a thing of the past, and we sincerely hope it won’t ever be installed on a new Audi since it sticks out like a sore thumb.

Rather unusual for only a facelift (and presumably because of the new bumpers), the Q7 has grown in size and is 11 millimetres (0.4 inches) longer than before, now stretching at 5063 mm (199.3 inches). The three-row luxury SUV features the company’s latest and greatest Audi Virtual Cockpit digital instrument cluster working in tandem with an up-to-date infotainment system. You can also spend extra on a head-up display and a plethora of safety systems as seen in the other high-end Audi models.

With UK order books open in September followed by deliveries in October, the Audi Q7 facelift will likely be followed shortly by the hot diesel-fuelled SQ7 with basically the same technical specifications as the newly launched SQ8. 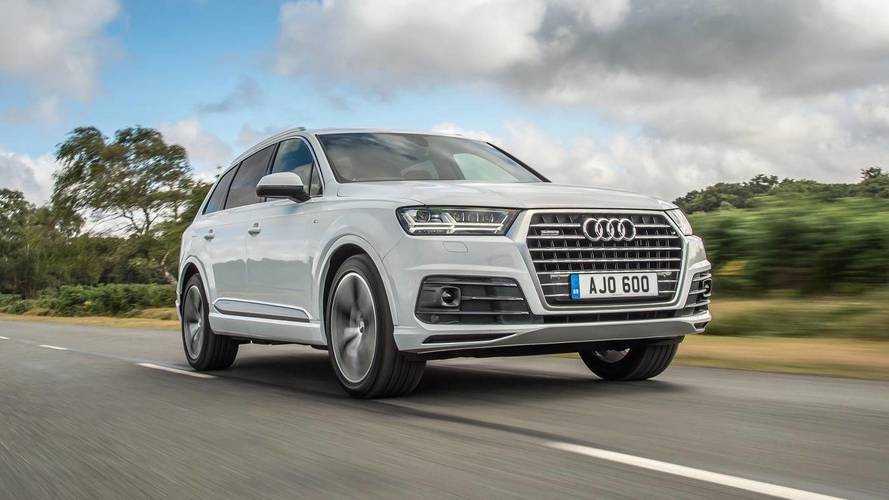 Audi SQ7 By ABT