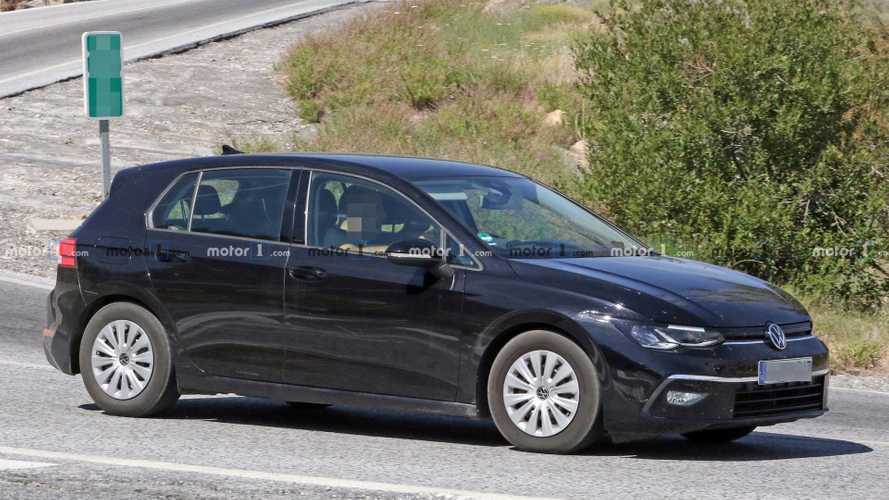 The next-generation Mk VIII Volkswagen Golf is no secret. Lightly clad prototypes were spotted just months ago showing the venerable and popular hatchback will change little for the 2020 model year. New spy photos show much of the same – a lightly camouflaged black VW Golf 8. The rear taillights still look funky, and the fog lights are stickers. Spotting smaller changes require a closer look.

The front and rear fascia are new, though they’re not revolutionary in design. The taillights look much smaller than the outgoing model, even though they’re covered with stickers. At the front, black tape hides the headlights LED daytime running lights. The bonnet sports new creases, too, while the rear spoiler looks a tad more athletic than before, but this could be trim specific when it launches.

Other changes are much harder to spot. The character line down the side is higher, cutting through the door handles as opposed to below them. The side mirror also looks a tad lower than before, too. The rear door looks longer, which could hint at the next-gen Golf having a longer wheelbase and more legroom for rear passengers.

The longer wheelbase could make the Golf even more appealing to the European masses. In 2018, the Golf was the best-selling car in Europe, selling 445,754 of the current-generation Golf that launched in 2012. The massive sales numbers could be one reason why VW has no plans to revolutionise its most important model. A nip and a tuck here and there, with an improved interior, could help the Golf continue its sales success in the coming years.

While Volkswagen once promised to debut the next-generation VW Golf at the Frankfurt Motor Show in September, the company has delayed it to sometime later. However, it should debut by the end of the year. Volkswagen has already said the Golf GTI and Golf R are also coming in 2020.