Facelifted Skoda Superb goes on sale ahead of autumn deliveries 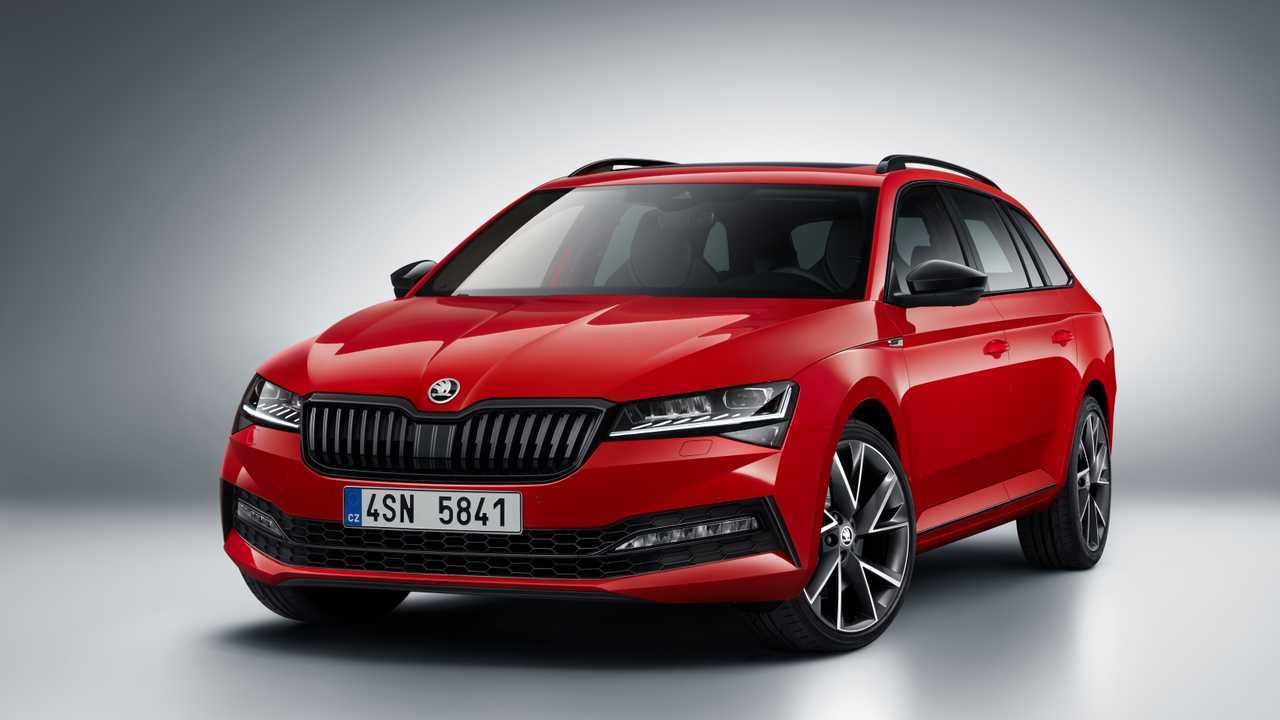 Czech hatchback will cost less than £25,000 in its cheapest guise.

Skoda’s overhauled Superb flagship is now available to order with prices starting at less than £25,000.

More on the new Skoda Superb:

The facelifted Vauxhall Insignia rival was revealed earlier this year, showcasing a new design, updated interior and more technology. The newcomer will offer LED headlights and a number of new driver assistance systems, plus a choice of six engines and six trim levels. As before, customers will also get the choice of hatchback or estate body styles, with the latter offering a 660-litre boot, while the former comes with a 625-litre luggage bay.

Those spending only the £24,655 headline price, however, will be stuck with the hatchback in basic ‘S’ trim. That means a touchscreen infotainment system, LED headlights and a smartphone connectivity system will all feature. The estate version will be similarly equipped, but it does command a £1,320 premium.

Moving up the range to the SE model will add 17-inch alloy wheels, two-zone climate control and parking sensors at the front and rear, but it also adds a little over £1,500 to the price. You do get adaptive cruise control, though, allowing the car to automatically maintain a safe distance to the vehicle in front.

If you still want to add to that specification, however, you can have the SE Technology, which adds leather upholstery and heated front seats, as well as a drive mode selection switch to tailor the car’s characteristics to the conditions. That trim level, which is aimed primarily at business customers, comes in at £26,620.

Climbing higher still takes you to the SE L variant. There’s quite a leap in price - up to £30,575 - but you get 18-inch alloy wheels, privacy glass and an electrically adjustable driver’s seat. And that’s in addition to the more potent engine options, the power-operated boot lid and headlights that change the shape of their main beam to prevent other drivers being dazzled.

The penultimate option is the SportLine Plus model, which costs £34,295 and offers a sportier edge to the Superb. Based on the SE version, it adds some gloss black exterior styling touches, 19-inch alloy wheels and black sports seats with diamond-pattern stitching. A 9.2-inch touchscreen with satellite navigation is included, too, along with the electrically operated boot.

But the pinnacle of the Superb range is the Laurin and Klement model. Named after the company’s founders, it costs £35,240 in its cheapest guise, and it comes complete with 18-inch alloys, leather upholstery with heated and ventilated front seats, a heated windscreen, three-zone climate control and heated rear seats. A Canton sound system also features, next to a rear-view parking camera, parking assistance and all the goodies included with the SE-L.

As for engines, the base unit is a 1.6-litre diesel with 118 bhp and a seven-speed automatic gearbox. At launch, it’s the only choice for those choosing an S, SE or SE Technology model, but those going for the SE L get a bit more to go at. Those cars get a choice of petrol or diesel power, but both engines are 2-litre affairs with 188 bhp. Only the diesel, though, can be specified with a four-wheel-drive system. The SportLine Plus and Laurin and Klement versions, however, add a 268 bhp petrol engine with four-wheel drive to the range.

Later in the year, this range will be joined by a 1.5-litre petrol engine with 148 bhp and a 2-litre diesel with the same power output. Then, in 2020, the line-up will grow once more with the addition of the plug-in hybrid version with 215 bhp. Until then, the other engines and trims will all be available to order, with the first customer deliveries expected in the autumn.