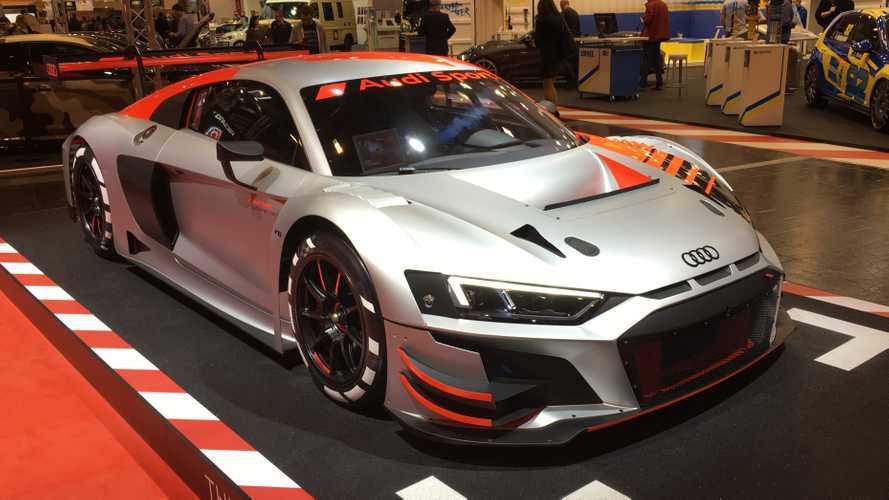 Audi gave the R8 a mid-cycle refresh back in October 2018 when the mildly facelifted model debuted with slightly more power and other tweaks. The Four Rings might be saving the ace up the R8’s sleeve for later as the naturally aspirated supercar could spawn a track-oriented version with upgrades derived from the GT3 race car while retaining the road-legal status.

A day before winning the 24 Hours of Nürburgring endurance race for the fifth time with the R8 LMS, Audi Sport through the voice of its boss, Oliver Hoffman, hinted at a beefier R8 while talking to Piston Heads. He revealed Audi’s go-faster division formerly known as Quattro GmbH has “some good ideas for a more extreme R8,” but not necessarily with a lot more power. That’s because a meaner variant would not go the electrified route, so extracting significantly more horses from the 5.2-litre V10 seems unlikely since this is a naturally aspirated engine.

Hoffman explained it would make sense for the GT3 race car to lend a few of its tricks to a street-legal R8 especially since the cars already have quite a few things in common. A relevant example would have to be the engine, with Audi Sport’s boss saying the one inside the race car is “almost identical" to the road car’s ten-cylinder mill.

It wouldn’t be all that difficult for the street R8 to receive GT3-inspired goodies since Frank Stippler – who drove the #4 Audi Sport Team Phoenix to victory last weekend – is also a development driver that tests road cars at the Nürburgring. In other words, he knows the ins and outs of both R8s, and Piston Heads reports the future R8 RWS might also be blessed with some GT3-derived items.

Don’t get too excited just yet as the track-friendly R8 hasn’t been confirmed for production just yet. A new tail-happy R8 RWS is also under consideration as per a statement made in September 2018 by Audi’s marketing manager, Linda Kurz. Either would be fitting for the R8’s swan song since we don’t know whether a third generation of Audi’s flagship sports car will get the green light. Even if it will, it might lose the glorious V10 to make room for an all-electric setup.

In the same interview, Oliver Hoffman said Audi Sport doesn’t feel obliged to pump out more rear-wheel drive cars or to take the BMW xDrive route by introducing a Quattro system with switchable RWD: “Quattro is Audi Sport and we believe our customers value all-wheel drive in our main RS cars.”

As a final note, the man in charge at Audi Sport also reiterated plans for an RS Q8 to complement the recently launched SQ8. He didn’t say when it will be revealed, but the Ingolstadt-based marque did strongly hint during its Annual General Meeting the range-topping SUV would be released in 2019.

Audi R8 generations face each other in a drag race