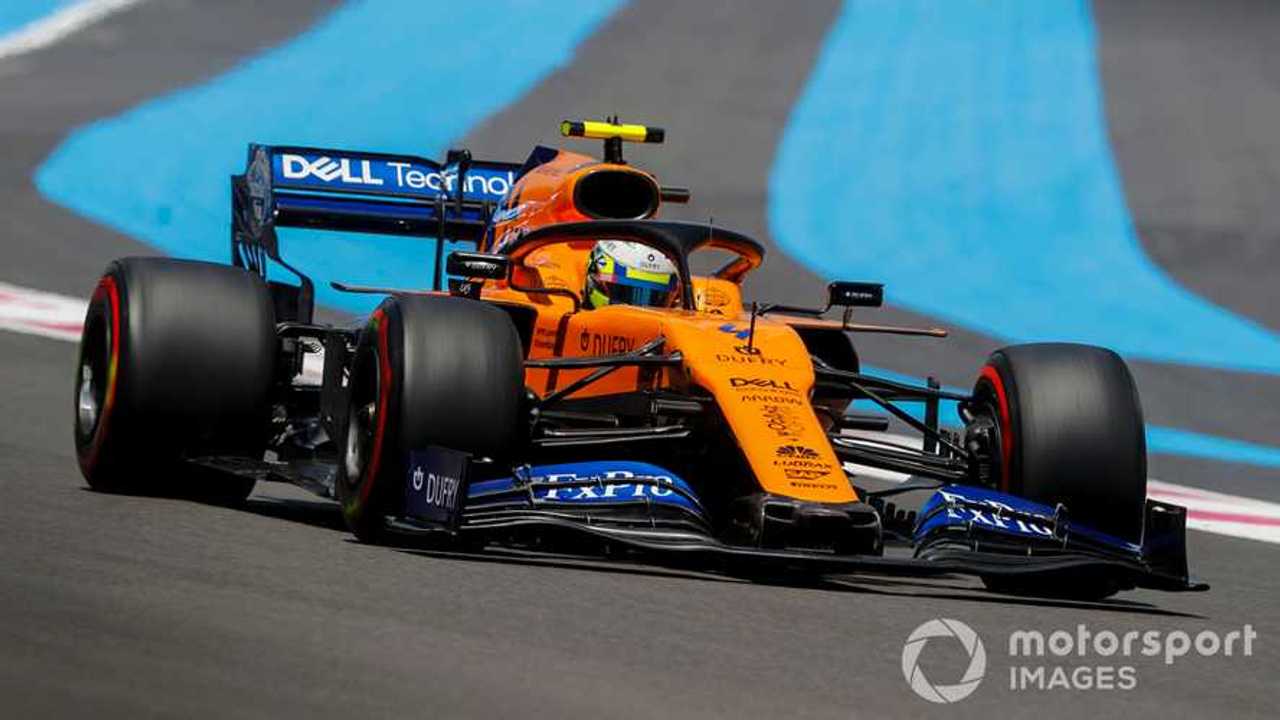 McLaren says that Lando Norris and the team's engineers were locked in a battle for "survival" in the closing laps of the French Grand Prix, as an hydraulic failure began to shut down the young British driver's car.

Norris had been on course to follow teammate Carlos Sainz home to take seventh place at Paul Ricard, but began to suffer problems 20 laps from home as his car started to lose hydraulic pressure.

This affected a number of systems, including the DRS, the brakes, differentials and power steering as he fell back into the clutches of the cars behind.

He eventually was classified ninth, following a last-lap clash with Daniel Ricciardo, who was later handed a penalty.

McLaren team boss Andreas Seidl says that there were serious concerns the hydraulics issue could stop Norris – which is why things got frantic in both the cockpit and the garage.

"It was simply about engineers plus Lando trying to survive, which they did," said Seidl. "They did a great job in battling it through, because it was affecting gear shifting, braking, and power steering

"Then unfortunately, on the last lap, it was just not enough any more. As soon as Daniel [Ricciardo] was there with the DRS train, we had to give up the positions."

Norris revealed afterwards just how hard it has been to keep battling on with the car, as more and more items began to play up.

"It was getting worse and worse," he said. "The car was getting very difficult to drive, quite unpredictable. The braking was really inconsistent. Upshifts and downshifts were terrible, the power steering started to go. Then something with the traction and the differential started to go.

"It was a whole load of problems, which weren't very nice to have. In the end it cost us P7, so it is frustrating. It would have been nice to have a P6 and P7 for us as a team as I think we deserved it."

Seidl was full of praise though for how Norris coped with his difficult situation and managed to keep up his pace - despite seeming so agitated on the team radio.

"Of course it is normal he gets vocal on the radio, because he needs help from us," added Seidl. "But again, I think it is simply impressive to see how in this young age, in his eighth race, how he is dealing with that and still could, until the last lap, keep the laptimes up."